At Cardo's annual general meeting, the board was re-elected in its entirety and a resolution was passed increasing dividend to SEK 9 per share. President and CEO Peter Aru said that Cardo is well on its way to becoming an industrial group with strong growth with the positive developments in 2006.

At annual general meeting of Cardo, Fredrik Lundberg was re-elected as Chairman of the Board. Peter Aru, Tuve Johannesson, Berthold Lindqvist, Carina Malmgren Heander, Lennart Nilsson, Bengt Pettersson and Anders Rydin were also re-elected as members of the board.

In accordance with the proposal put forward by the board of directors, the meeting declared a dividend of SEK 9.00 per share. April 5 2007 was established as the day of record for dividend and April 12 2007 as the payment date.

The meeting resolved to authorize the board of directors to acquire up to so many own shares before the next annual general meeting that the company's holding at no time exceeds 10 percent of all shares in the company.

Acquisition is to be made on the Stockholm Stock Exchange at the market value applying on the occasion of acquisition. The purpose of the repurchase is to give the board the opportunity to adjust the capital structure of the company during the period until the next annual general meeting. A similar authorization was provided at the 2006 AGM.

The meeting also resolved that a board fee of SEK 400,000 be paid to the Chairman and SEK 200,000 to each and every of the other members of the board not employed by the group.

In addition, a resolution was passed concerning guidelines for the remuneration of senior management. For group management, market rates of pay will be utilized, and, besides a fixed salary, group management will also be able to receive variable remuneration based on the earnings trend and the return on capital employed compared with set targets. This resolution involves a level of remuneration that mainly accords with that of the previous year.

In his address, Cardo's President and CEO Peter Aru accounted for the development of the company during 2006, stating that Cardo is well on its way towards its vision of becoming one industrial group with strong growth.

During 2006, growth increased in all divisions, at the same time as the profitability of the group improved markedly. The challenge for continued growth and profitability was summarized in four points: a strong sales agenda, a clear cost agenda, continued strong focus on service, and development of staff and management based on a common value base.

The entire address and all other information concerning the annual general meeting are available on Cardo's website at www.cardo.com

Cardo is an international industrial group with leading brands, offering solutions with quality products, a high level of service and great applications know-how to industrial customers. Operations are pursued in the group's divisions: Door & Logistics Solutions, Wastewater Technology Solutions, Pulp & Paper Solutions and Residential Garage Doors, which all enjoy strong positions in their respective markets. The group has approximately 5,900 employees in more than 30 countries and sales of approximately SEK 8.6 billion. The head office is situated in Malmö, Sweden. 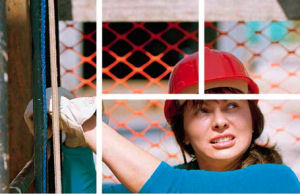 A new Cardo is emerging. The business is developing according to plan with continuous improvement in performance and a focused change process. There is a strong platform for continued development as a customer-oriented solution provider and an industrial group with good growth.

Ulf Berg Appointed Chairman of the Board

At the annual general meeting of Sulzer Ltd, shareholders approved all board proposals. Dr. Leonardo Vannotti stepped down as chairman of the board and Dr. Ulf Berg was elected to the board of directors. 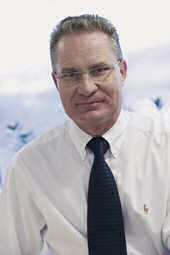 Tomas Wängberg has been appointed new President and CEO of ABS Group. Peter Aru has held the position as interim President and CEO for ABS Group alongside his overall responsibility for Cardo group, in which ABS is one of four divisions.

In this last part of the ISH report impeller.net talks about the latest news in the technology sector of wastewater and sewage. In this part, the featured items are dewatering pumps and lifting stations.

Second quarter: The group’s inflow of orders amounted to SEK 2,334 million (2,116) during the second quarter, up 9% after adjustment for the effects of exchange rate movements. Organic growth was 6%…. 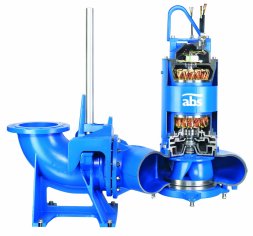 This year’s IFAT will act as ABS’ launch pad when it comes to introducing the company’s new business focus – wastewater technology. To make the message of the transformation even clearer, ABS unveils a new profile, along with the usual large number of new products and services.