Watson-Marlow Belives ESOS is an Opportunity for Pump Users

Watson-Marlow says that the requirement to meet the UK Government’s ESOS (Energy Savings Opportunities Scheme) presents manufacturing and process plants with a real chance to invest in future competitiveness. 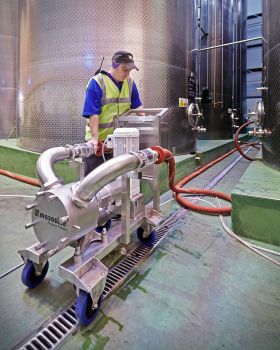 The company points out that plants viewing ESOS as a needless tick-box exercise are either ignoring or unaware of the numerous cost, performance and quality benefits that could be available.

ESOS came into force on 17 July 2014. In essence, the scheme is a mandatory energy assessment and energy saving identification scheme for large undertakings and their corporate groups. Some 14,000 enterprises are affected in the UK, all of which have to file an energy audit delivered by one of around 500 registered auditors, no later than 5 December 2015 or risk fines ranging from £5000 to £50,000.

ESOS Energy Audits have the potential to increase businesses profitability and competitiveness by identifying cost effective savings which, if implemented, will improve energy efficiency. Although there is no obligation to implement the recommendations that arise from the audit, plants that pass up the opportunity are ignoring the chance to improve their bottom line.

The scheme is estimated to lead to £1.6 billion of net benefits to the UK. According to UK government figures, plants implementing the suggested changes will make back some 13.5 times the initial investment.

Among the technologies set to offer the biggest rewards in relation to ESOS audits, are pumps. According to the BPMA (British Pump Manufacturers’ Association), pumps account for no less than 10% of the world’s electricity consumption, and two-thirds of pumps use up to 60% too much power. With this in mind, ESOS auditors are likely to check the age, condition and size of any pumps installed to get an indication of the scope for savings. A subsequent recommendation would be to perform a specific assessment of the pumps to check their efficiency.

It is estimated that pumping system improvements can deliver up to 40% reduction in energy costs, possibly even more in the case of viscous fluids. Typically, the torque required to drive a pump increases in line with viscosity, thus resulting in the need for large electrical motors. Larger motors draw more power, even when not operating at capacity. The BPMA says that on industrial sites, an average of two-thirds of the electricity cost can be attributed to running electric motors.

The good news is that SineTMpumps are not affected by viscosity in the same way as lobe pumps and circumferential piston pumps. As a consequence, they can use smaller motors, a factor that has made them popular choices in the food, beverage and cosmetics industries, as well as in the chemicals and pharmaceuticals sectors. Ultimately, sine pumps offer up to 50% less energy consumption for the same flow, compared with other pump types. 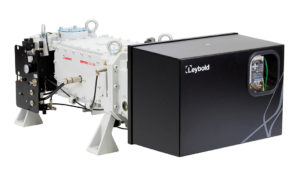