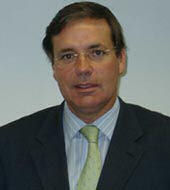 José Fuster, who is an industrial engineer holding an MBA (Master Business Administration), has prior experience from the industrial sector. He has previously been employed as MD for Sulzer España, S.A. and was most recently working for Group Guascor as Operations Manager. José is 45 years old and based in Madrid with wife and three children.

ABS in Spain has previously undergone other major changes. Earlier this year they changed the company name to ABS Tecnologías del Agua, S.A. A name that refers to ABS as a solution provider and a strong partner with a wide range of products, ready to satisfy the most demanding requirements.