“As expected, the second half of the year continues to be challenging for the engineering sector. Nevertheless, we were able to win more orders in the third quarter than in the previous quarter. When comparing the third quarter year-on-year, it should be noted that both order intake and revenue were at record levels in 2019. The reference base is therefore very high. Given the current resurgence of COVID-19 cases globally, we must be cautious with our expectations for the fourth quarter,” explains Stefan Klebert, CEO of GEA Group AG.

GEA’s third-quarter order intake declined 15.9 percent year-over-year to EUR 1,055 million (previous year: EUR 1,255 million) yet was already 2.0 percent above the crisis-hit second quarter. This means that GEA recorded an order intake of EUR 3,466 million since the beginning of the year, representing a modest decline of 3.4 percent compared to the same period of the previous year (EUR 3,588 million). The third quarter of 2020 has been negatively impacted in particular by customers’ reluctance to sign large orders. GEA won several large orders totaling EUR 122 million in the prior-year quarter, however, there were only two such orders this year, totaling EUR 37 million.

At EUR 1,146 million, third-quarter revenue was down 7.2 percent compared to the previous year’s very high level (EUR 1,235 million). GEA generated revenue of EUR 3,404 million in the first nine months, a decline of 3.8 percent compared to the 2019 figure (EUR 3,539 million). The impact of the lower order intake, already evident in the second quarter, along with the effects of the ongoing pandemic, are reflected in third-quarter revenue. By contrast, the Group’s service business was down by just 3.1 percent year-over-year, and even grew slightly by 1.1 percent when adjusted for currency translation effects.

Despite the lower revenue, GEA increased third-quarter EBITDA before restructuring measures by EUR 2.2 million or 1.6 percent year-on-year to EUR 145 million (previous year: EUR 143 million). The corresponding margin improved by around 110 basis points to 12.7 percent. Because of the very healthy first half of the year, nine-month EBITDA before restructuring measures was EUR 391 million, representing a significant 18.8 percent increase over the prior-year figure (EUR 329 million). The margin even increased from 9.3 to 11.5 percent over the nine-month period. Earnings improvements in Q3 2020 were primarily driven by operating improvements in the Food & Healthcare Technologies, Farm Technologies, and Liquid & Powder Technologies divisions. Specifically, GEA benefitted from the cost-cutting measures established in 2019, the positive effects from better project execution and an improved product mix. Despite the significant increase in EBITDA, earnings per share (EPS) for the first three quarters is roughly on par with the comparable prior-year figure. This is primarily attributable to impairment losses recognized in connection with the sale of GEA Bock, as well as the positive non-recurring effect in the previous year of an adjustment to the method of calculating interest to measure provisions for environmental protection and mining activities, and an increase in the tax rate from 23.0 to 29.4 percent.

“To cope with the COVID-19 pandemic, GEA activated several systematic crisis management measures at an early stage, which we have clearly benefitted from. What is more, the measures we introduced last year to enhance efficiency are having an increasingly positive effect on our key operating results, financial position and net asset indicators. The significant improvement in our net liquidity alone, despite the ongoing crisis, indicates the effectiveness of our financial management. We have therefore strengthened GEA as a whole and can continue to build on the Group’s sound foundation,” adds Stefan Klebert.

GEA improved its return on capital employed from 10.5 to 16.3 percent at the reporting date. This significant increase is attributable to both the higher EBIT before restructuring measures and the lower capital employed, which reflects the considerable improvement in net working capital, among other factors. The ratio of net working capital to revenue dropped to 12.3 percent, from 19.2 percent in the previous year. The Group increased its free cash flow by 64.9 percent to EUR 148 million (previous year: EUR 90 million). At the end of the third quarter, GEA improved its net debt at the prior-year reporting date (EUR –263 million) by EUR 476 million, converting it into net liquidity of EUR 213 million.

GEA is systematically implementing the measures launched in 2019. Examples include reducing the headcount by roughly 800 full-time positions by the end of 2020, optimizing procurement processes and standardizing its ERP systems Group-wide. Additionally, and despite the crisis, GEA has implemented important projects that further reinforce the confidence of the capital markets in the company. Plans to streamline the Group’s production footprint, as announced at the last Capital Markets Day, were introduced, while the sale of GEA Bock and two Farm Technologies sub-companies underscored the Group’s strategic focus on its core markets.

Taking into account the performance in the first nine months, GEA is in a position to specify the outlook for the Group for fiscal year 2020. The Group still expects revenue for 2020 to slightly decline (previous year: EUR 4,880 million). With regards to EBITDA before restructuring measures, the Group now expects to achieve more than EUR 500 million (previous outlook: at minimum the upper end of the range of EUR 430 to 480 million; previous year EUR 479 million). GEA anticipates that ROCE will now be within a corridor of 15.0 to 17.0 percent (previous outlook: 12.0 to 14.0 percent; previous year: 10.6 percent). The outlook continues to assume constant exchange rates. The principal uncertainty in the outlook for 2020 remains the potential impact of the still spreading coronavirus (COVID-19) on the global economy and GEA’s business activities. Potential acquisitions and divestments in 2020 have not been factored into the outlook. 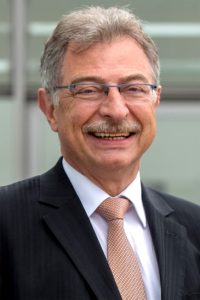 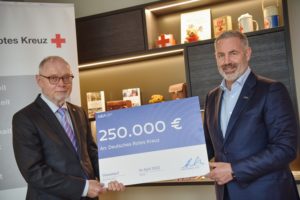 GEA and its Employees Donate EUR 250,000 in Aid to Ukraine

GEA and its employees have donated EUR 250,000 to the German Red Cross for the victims of the war in Ukraine. As part of a global fundraising campaign, GEA staff members from 42 countries collected EUR 125,000. The company then matched their contribution. 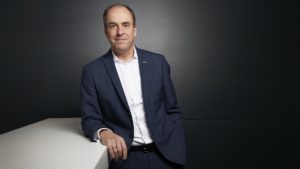 The Supervisory Board of GEA Group Aktiengesellschaft extended the contract of Chief Operating Officer (COO) Johannes Giloth (51) by five years until the end of 19. January 2028.