Although problem-free pump operation is the primary goal of all pump operators, achieving that goal is not a simple matter. The key components of a pump - mechanical seals, impellers, couplings, roller bearings and housings – are all subject to wear.

Keeping a pump in good working condition is essential for cost-effective and reliable operation of plants and systems. Unplanned downtime can ruin production schedules and adversely affect a facility’s bottom line.

“Any system can only be as functional as the lifespan of its weakest component” – this statement applies to many types of products – but is especially true of mechanical seals. While mechanical seals are one of the key components of a pump, they also have one of the shortest average service lives. Mechanical seals are recognized to be responsible for most pump failures and consequently represent the highest cost for pump repairs. Therefore, reducing the MTBF (mean time between failure) or the MTBR (mean time between repair) can significantly improve pump operations and save money.

To combat the problem of dry-running, EagleBurgmann, a manufacturer of mechanical seals, has developed an innovative seal face coating - DiamondFaces. Diamond is the hardest natural mineral known and offers excellent chemical and thermal resistance. DiamondFaces is a synthetically manufactured, ultrapure diamond with the same outstanding characteristics as the natural stone. A DiamondFaces microcrystalline coating of 8-µm thickness on a silicon carbide seal face extends the life of the seal, reducing maintenance costs and minimizing lifecycle costs for pump users.

While SiC/SiC material pairings have become popular for seal faces during the last 10 to15 years, they perform worry-free only if adequate lubrication is maintained in the sealing gap. Any form of insufficient lubrication results in rapid and massive temperature increases which damages the sliding faces and secondary seals (O-rings). In extreme cases, the time to total failure of the sliding faces can be just a few seconds. Combining SiC seal faces with DiamondFaces coating allows dry-running periods up to several hours without any excessive heat build-up.

EagleBurgmann’s unique manufacturing process produces a mechanical seal with a DiamondFaces coating up to 14 microns, which is considerably higher than the industry average of 2 microns for other coatings. The diamond coating is produced during a separation process, which occurs over a period of approximately 24 to 36 hours in a reactor. Diamond crystals, formed from a gas mixture of hydrogen and methane, are deposited onto a SiC surface (seal face) at a temperature of 800-degrees C.

These diamond crystals grow together to form a closed layer. The separation process is stimulated with tungsten filaments stretched horizontally or vertically across the reactor and heated to approximately 2,000-degrees C. This arrangement of the tungsten filaments is one of the key factors for ensuring that the coated seal faces are perfectly flat and uniformly coated. DiamondFaces guarantees the evenness of the sealing faces, which is essential for the functional reliability of mechanical seals.

Mechanical seals coated with DiamondFaces offer many advantages for users such as:

Virtually no-wear – The DiamondFaces coating offers outstanding wear protection even when the diamond coatings are running against each other. There is no reduction in application limits due to the instability of carbon, such as found in DLC (diamond-like carbon) coatings, and no support rings are necessary. Long service life, even during partial dry-running conditions, is guaranteed.

Reduced friction – Minimized friction lessens the amount of heat produced in the seal, which protects the secondary sealing elements (O-rings). Due to its excellent dry-running properties, the microcrystalline diamond coating will withstand several hours of dry running with reduced heat build-up. The decreased power consumption of the sliding faces allows reduced cooling of double-acting systems, while lowering the pump’s power demands.

MTBF and MTBR – The average increase in service life allows pump operators to combine mechanical-seal maintenance activities with other engineering or plant components such as bearings or couplings. This helps to decrease the incidences of production stoppages due to failed mechanical seals, and the subsequent costs incurred for pump repairs.

Energy-savings – DiamondFaces increased coating thickness lowers the coefficient of friction, which reduces energy consumption by more than 50-percent. The coatings reduce friction by as much as a factor of eight compared to conventional seals. A reduction in friction cuts power consumption and energy costs, while making equipment more efficient.

Application range – Mechanical seals with DiamondFaces coating are ideal for applications in the oil and gas industries, chemical and pharmaceutical industries, refineries, building services, and slurry (abrasive media). The lower friction output of the sliding surfaces permits reduced cooling with double-seal systems and higher temperature limits with low-boiling-point media. Application limits no longer are compromised due to the instability of carbon graphite materials.

Short-term ROI – Because DiamondFaces coating technology significantly increases the running time and operating reliability of mechanical seals, the overall costs over the lifecycle of a mechanical seal decreases. Despite the increased investment costs for a DiamondFaces seal, a ROI can be realized after just one-year or less. Service and maintenance costs are reduced, and costs due to downtime and loss of production are diminished.

As noted earlier, pumps can fail for many reasons, dry-running being one of the main culprits. A major chemical company was experiencing frequent process interruptions, at its sites in California and Michigan, due to pump failures caused by dry-running conditions.

At the California plant, a series of bottoms pumps were causing problems. The pumps were part of a tar flash system. Because the suction tank is under vacuum, the operators could not get enough liquid into the pump to prime it properly. Every time they started the pumps, they were almost at a dry-running state and were prone to failure.

According to Michael Janak, Application Engineer for Service Contracts at EagleBurgmann, since the plant’s conversion to EagleBurgmann’s Cartex mechanical seals with DiamondFaces coating, the issues with dry running at start-up have been eliminated.

The Michigan plant was having difficulties with three “bad actor” pumps. When EagleBurgmann technicians visited the site to investigate the problem, they discovered that the product, an insecticide, acted as a “bad” lubricant. As this “gummy” product was pumped, it almost became a solid and had no lubricant properties at all, causing heat damage to the seal. Because this application was a final product pump, the product could not be contaminated with any quantity of barrier fluid. Any sealing alternative that used added lubricant was not an option.

Mechanical seals with DiamondFaces coating were the only choice for eliminating heat damage to the seals. DiamondFaces ability to reduce heat generation allowed the pumps to run even though they had insufficient lubrication.

“The mechanical engineers on-site were especially pleased with this solution,” Janak remarked. “Previous competitor seals were only lasting several weeks, but with DiamondFaces the plant was able to obtain an extended service life, which allowed them to operate more productively and manage maintenance downtime more efficiently.”

Keeping equipment and systems running at optimal conditions is a never-ending task for industrial plants and manufacturing facilities. Any innovation that can decrease downtime and costs, while increasing running times is much sought after by maintenance personnel.

DiamondFaces microcrystalline diamond coating for mechanical seals was developed to provide outstanding wear protection in conditions of dry-running, mixed friction and abrasive media. As a result, the service life of mechanical seals is increased, maintenance intervals extended and life cycle costs reduced. In addition, energy-savings from less power demands to the pump, along with a short-term ROI, make DiamondFaces technology the preferred investment for the sealing of pumps.

Blackmer, part of PSG, a Dover company announced the initiation of an ambitious construction and renovation project at its headquarters in Grand Rapids, MI, that will increase its manufacturing footprint and production capabilities.

Neles’ Acquisition of the Valve and Pump Businesses of Flowrox Completed

Neles’ acquisition of the valve and pump businesses of the Finland-based technology company Flowrox has been successfully completed. With this acquisition, Neles expands its offering and exposure to the mining and metals industry. 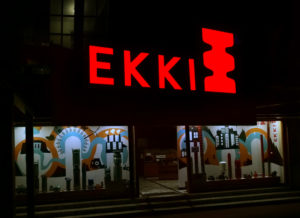 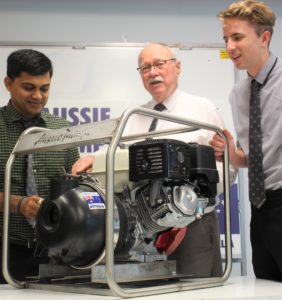 Farmers looking to pump agricultural chemicals, fertilisers or even seawater faster with a pump that won’t rust or corrode, need look no further! Aussie has come up with a new Honda engine drive pump that will handle up to 1350 lpm flow and achieve maximum heads as high as 24 metres.