The opening of an impressive office block in Cardiff Bay has helped the continued rejuvenation of the Welsh capital's harbour area and provided a modern working environment for over 150 workers.

As well as housing ABP's South Wales regional headquarters, the purpose-built office in the Port of Cardiff is also home to the Cardiff Harbour Authority. Lynn Blake, building Manager at ABP, explained that the development of Queen Alexandra House was key to the company's relocation to the prime harbour site in December 2002. "We wanted to create a comfortable working environment in an energy efficient building and the pumps are a vital element in this system."

The state-of-the-art equipment was installed and specified by Cardiff-based CMB Engineering. Steve Lewis, an estimator at the company, played key part in the project. "The plant equipment at Queen Alexandra House is extremely important as it distributes water to the building's radiators and air-handling units," he said. "The demands of the job were such that we opted for Wilo as the sole supplier."

Mr Lewis continued: "As well as the Wilo-TOP-SD pumps, we also specified a Wilo-Economy CO-MHI/ER booster set and a Wilo pressurization unit. In a competitive market, we opted for Wilo because its products are the most cost-effective and are extremely reliable."

By accommodating various disciplines in a single building, Queen Alexandra House is now the central hub for ABP's South Wales ports administrative functions and has further enhanced the desirability of the area. Roger Thomas, Chairman of Cooke & Arkwright, the chartered surveyors acting on behalf of ABP, said that the development would encourage continued interest in the Cardiff Bay area. "The waterfront area has now truly come of age with the creation of a superb residential, working and leisure environment."

Wilo Salmson, CMB Engineering and ABP have all played important parts in the redevelopment of this once thriving harbour. More importantly, Wilo's high-efficiency pumps will ensure that ABP's investment in Queen Alexandra House creates a comfortable working environment based on energy efficiency and reliability. 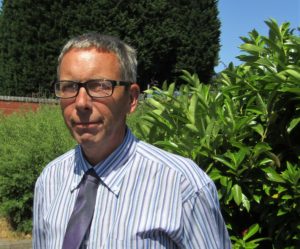 The first ‘CE Marking Guidance Course’, staged by the BPMA on 16th July has been heralded a great success by all those who attended – members and non-members alike.