Thyssengas GmbH transports up to 10 billion cubic meters of natural gas annually using an underground transport system that is 4,200 kilometers long. The Ochtrup location is the turnstile for the distribution of natural gas in Northwestern Germany. 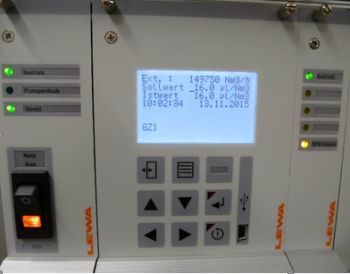 That is where natural gas is fed from the North Sea into the high-pressure gas pipeline, which is a subnetwork of Thyssengas that is crucial for supplying the Westphalia and Ruhr regions of Germany. The Wester I gas pressure controller and measuring system is the largest and most important of three total systems that are used to odorize the natural gas for safety purposes before it is transported further. The old system had an odorant supply of only about 1,600 liters and needed to be adapted to the new technical requirements. Thyssengas thus began its search for a high-performance replacement. The high requirements on the new system ultimately led to the decision to hire Lewa GmbH. Lewa was selected because no other manufacturers were able to prove during the tendering process that they had the necessary experience with respect to the correspondingly high flow rates and pressure rating. The type OD 4200 odorizing system, specially developed for Wester I, has a capacity of 4,200 L and is the largest of its kind throughout all of Germany. The system has been in operation since November 2015 and is used to odorize a total of one million standard cubic meters of natural gas per hour at a pressure of up to 70 bar.

The amount of gas in the Wester I to be odorized, at three times 333,333 Nm³/h, is extremely high compared to other supply networks, which are typically smaller and feature a lower gas flow rate. As one would expect, the development of the current largest odorizing system in Germany was a real challenge for all parties involved. The dimensions of the OD 4200 alone are extraordinary: The odorizing system has a base area of 4.50 m x 1.95 m and a height of 3.10 m. Each of its three pressure-shock-resistant supply containers is equipped to hold 1,400 L of odorant. This configuration allows for a volume of 4,200 L to be stored, which is nearly triple the previous amount of 1,600 L. "As a result, we have more flexibility if a delivery falls through ‒ which can be the case if there is a bad weather front coming in ‒ seeing as the highly volatile tetrahydrothiophene (THT) we use is subject to strict transportation regulations as hazardous materials transport. The additional container ensures we are now completely protected in the event of bottlenecks," says Sebastian Drögehoff optimistically. Drögehoff is a team leader at Thyssengas and engineer responsible for the station serving the area.

Seamless conversion despite a tight schedule

The plant construction companies LF Service GmbH & Co. KG and Lewa worked hand-in-hand when planning and converting the Wester I odorizing system in Ochtrup. Once LF Service and Lewa, together with Thyssengas, had worked out the initial ideas, they developed the new OD 4200 odorizing system together in accordance with the stringent requirements. Sticking to a tight schedule was crucial for LF Service and Lewa because the gas supply could not be interrupted for the sake of the conversion. The plant construction companies started by removing the old system and installing a temporary odorizing system for continued operation. Once Lewa delivered the new system, it was integrated into the building and into the existing system structure by LF Service and the Thyssengas electrical service provider. Ever since the last tests were carried out on site in November 2015, the system has been approved by an independent expert. The plant was commissioned successfully immediately following the approval.

Precise and secure metering with changeover in the event of malfunctions

In the past, a combined system with components from different manufacturers had been used. However, due to the sheer size of the new system, the company made the decision to rely entirely on Lewa throughout the process of acquiring a new system. The diaphragm pumps used up until this point could no longer achieve or implement the new required amounts. These pumps were replaced by four Lewa Ecoflow LDB metering pumps, which are able to odorize securely and in the required quantities. Equipped with a sandwich diaphragm made of metal and driven by a motor with a frequency inverter, these pumps not only provide high levels of metering accuracy. They can also be switched off automatically in the event of malfunctions due to the fact that they are monitored by a pressure switch. "People originally used only one reserve pump with a changeover on site. Now, pump 1 and pump 4 alternate as reserve pumps every one hundred hours to ensure, for example, that the valves do not clog. If irregularities occur or if just one of the three main pumps fails, the electronic system recognizes this, changes over to the reserve pump automatically and sends a message to the Thyssengas main control unit," says Heinz Woldering, field representative at Lewa, to explain one of the many special features of the system.

To ensure that the required THT concentration is correct, the metering is controlled via an electronic control system built into the control cabinet and takes place over three control lines in alternating mode with 16 mg/Nm³. To do so, four OCU odorizing controllers are installed in a standard control cabinet with 19" swivel frames. Each controller is controlled via the customer s PLC as well as by four SPU network and power supply units, SIOU expansions and EXU input cards. The fill level of the supply containers, which are connected together via a pipe and can be shut off individually via ball valves, is measured continuously using a capacitive probe. A solenoid valve control card prevents the supply container from overflowing by switching off the solenoid valve in the filling line automatically. Additionally, four ZHM 01/2 81.E.I. flowmeters have been installed on the odorizing system, i.e. in the pressure line as injection points, to measure the odorant flow.

Installation of an identical system this year

The wetted parts are manufactured from 1.4404, 1.4571 and 316SS steel, PTFE, perfluoroelastomer or glass to ensure that the necessary requirements are met, e.g. those found in the German Technical and Scientific Association for Gas and Water G 280-1 worksheet for odorizing systems. Before maintenance work, the pump heads, suction line and pressure line can be cleaned via four flushing systems. A trough (tested in accordance with the steel trough directive) below the containers collects any escaping odorant to prevent ground water from being contaminated. The ventilation lines contain active carbon filters for odor control, including a three-way valve for the connection of a recovery pipe. Three flame protection filters are also installed in the air venting line between the vessels and the active carbon filters to serve as protection against explosions. 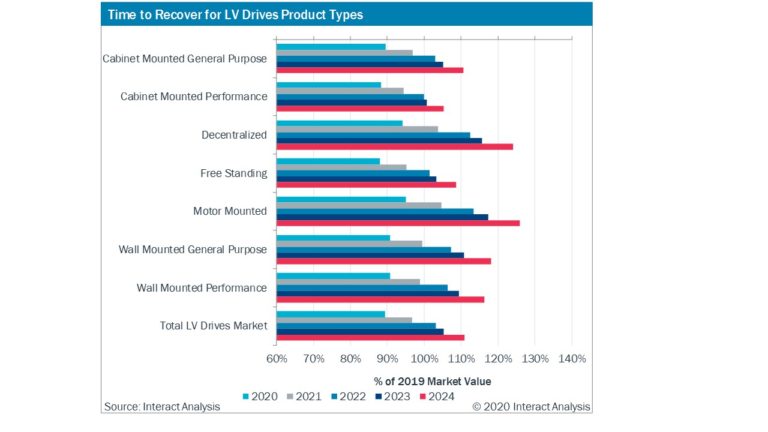 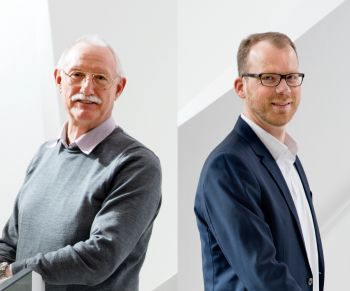 Changing of the guard at the head of the German Auma sales organisation: Heinz Lauinger, who has worked as Head of Sales since 1995, retired in June 2018. Taking over his responsibilities is Michael Sick, who has been a Sales Engineer with Auma since 2008. 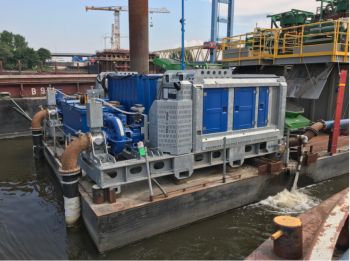 Atlas Copco has closed the acquisition of the assets of Klingel Joining Technologies. The company specializes in flow drill technology, a joining method used in the automotive industry. 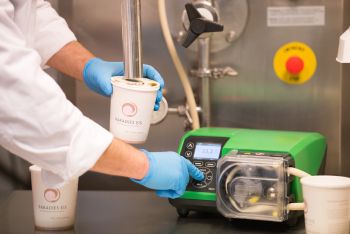 Hamburg, Germany-based Paradies Eis is leveraging the benefits of peristaltic pump technology from Watson-Marlow Fluid Technology Group (WMFTG) to dose hot chocolate sauce into ice cream. The company places its trust in the latest 530 peristaltic pumps and tubing for the reliability that this delicate task requires. 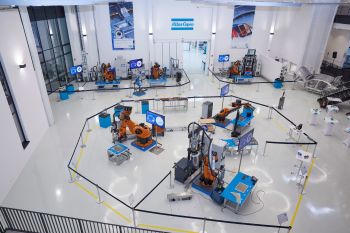