Clean water is in short supply in Singapore and therefore innovative thinking is necessary, as the city-state ensures its access to the scarce resource. Grundfos has received a good 1.2 million euro to sophisticate a brand new technology in which the waste water is treated through sludge. The cleansed water can help ease the strain on the water resources in the area. 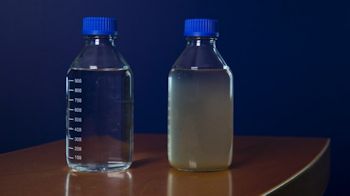 At the beginning of 2015, Grundfos launches a project in Singapore, which is to sophisticate a new technology for cleaning waste water by using the sludge from the water itself. The project is supported by The National Research Foundation’s Incentive for Research and Innovation Scheme, IRIS, with a grant of 1.2 million euro. It will be managed by Grundfos Innovation Centre in Singapore with support from Nanyang Technological University’s Nanyang Environment & Water Research Institute (NEWRI). The innovation centre opened in 2012 and cooperates closely with international water experts on developing innovative solutions as answers to current water challenges in Asia.

Professor Ng Wun Jern, Executive Director of NEWRI, said research collaboration with world leading companies such as Grundfos would allow research to move beyond the generation of knowledge and to apply as solutions that are of great value to the industry.

"We foresee that sludge management will be a major industry requirement and NEWRI’s expertise in water and waste management can contribute to Grundfos’ effort to develop cutting-edge technology in Singapore," says Professor Jern.

The development project in Singapore will run for two years, and the new technology will be tested in realistic surroundings in an existing treatment plant which, until now, has discharged the waste water into the ocean.

“We expect the new technology to clean the water to a standard where it can be reused for irrigation and in the industry. But the technology can also be used in other contexts, where the waste water for example is cleansed further with other methods, making it clean enough to drink”, says Rune Højsholt, Project Manager in New Concepts.

Singapore is in critical need of new technologies, since water is in short supply here. Vast amounts are consequently being imported from the neighbouring Malaysia, and in order to reduce the dependence this creates, strategic work is being carried out to promote new methods for reusing the country’s scarce resources of fresh water and utilising the ocean water.

The technology Grundfos is developing aims at using the waste water’s own sludge to cleanse it. Popularly explained, it works almost the same way as a filter pot for coffee. In the Grundfos technology, a perforated metal grate is equivalent to the press in the coffee pot. And just like the press is covered by coffee beans as it is pressed to the bottom, the metal grate is covered by sludge when water is pumped through it. The sludge thereby works as a small-meshed filter which only lets clean water through.

“The filter cake that’s created from the sludge is tight enough to keep impurities back, but still no tighter than the clean water can run through relatively easy. The technology therefore uses far less energy for pumping the waste water than other technologies”, Rune Højsholt explains.

The new process has already been tested in a smaller scale at a Danish treatment plant and according to Rune Højsholt it has proven to be both efficient and robust. Lars Enevoldsen, Group Vice President in Grundfos Global Research and Technology, looks forward to take the filter cake technology to the next level:

“I’m convinced that we’ll be able to utilise the technology commercially in the near future,” he predicts.

COVID-19 has disrupted businesses and events worldwide, and Singapore International Water Week (SIWW) was no exception. Earlier this year, we took the difficult decision to reschedule SIWW to June 2021.