Parker Hannifin Elects Thomas L. Williams to Serve as Chairman of the Board

Parker Hannifin Corporation announced that its Board of Directors has elected Thomas L. Williams, current Chief Executive Officer and a Director, as Chairman of the Board, effective January 1, 2016. Mr. Williams succeeds Donald E. Washkewicz, who will remain a Director. 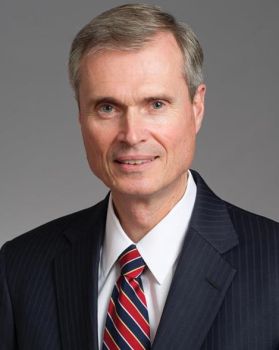 I am honored to succeed Don as Chairman and greatly appreciate the trust the Board has placed in me," said Williams. "Parker holds strong competitive advantages that have shaped our leadership position in the motion and control industry. Our new Win Strategy builds on the strong foundation Don has established, and provides a clear roadmap with aggressive new targets that will drive top quartile performance among our proxy peers and deliver strong returns for our shareholders."

Mr. Williams has been Chief Executive Officer since February 1, 2015. He joined Parker in 2003 as Vice President, Operations for the Hydraulics Group and became President of the Instrumentation Group in 2005. In 2006, he became Executive Vice President and Operating Officer of the company.

Robert J. Kohlhepp, Parker s independent Lead Director, commented, "We look forward to working with Tom in his new role as Chairman of the Board. Our dual leadership structure, consisting of both a Chairman of the Board and a separate and independent Lead Director, continues to effectively serve shareholders. Among other things, it ensures both independence in leadership and a Chairman with deep company knowledge, both of which are aligned with driving shareholder value."