These also include special requirements for areas of application in explosion protection such as ATEX, IECEx and NEC, for which the GEMÜ 4242 combi switchbox has the corresponding approvals.

In addition, the GEMÜ 4242 combi switchbox covers the most varied electrical connection scenarios. This includes communication via IO-Link as well as integration in modern fieldbus systems such as AS-Interface or DeviceNet. Backward compatibility is guaranteed; and the integration option with various AS-Interface profiles also enables retrofitting of older plants.

With the ATEX approval of the GEMÜ 4242 combi switchbox, GEMÜ is expanding its offer for use in explosive areas in a wide range of industrial operating environments and process landscapes. 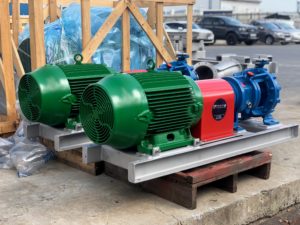