EBITDA before restructuring measures (EUR 532 million) and ROCE (17.1 percent) increased substantially. Net liquidity also rose significantly, increasing by EUR 374 million to EUR 402 million. On this basis, GEA will propose a stable dividend of EUR 0.85 per share to its shareholders. The company expects increased revenue and earnings in 2021.

“GEA came through a challenging 2020 very well. We delivered on our promises and in some cases even ex-ceeded them,” said Stefan Klebert, CEO GEA Group AG. “We increased profitability beyond our own ambitious expectations and sustainably improved key financial performance indicators. Despite the Covid-19 pandemic some of these already meet the mid-term 2022 financial targets we were aiming for. This proves, first and foremost, the stability of GEA’s business model and, secondly, how early and effectively we implemented the right measures.”

Planned measures to improve efficiency successfully implemented
Alongside the short-term measures to manage the impact of the Covid-19 pandemic, it was the efficiency im-provement projects launched in 2019 and their systematic implementation that made the most decisive contri-bution to GEA’s positive performance in 2020. This included among others a reduction of roughly 800 FTEs in the workforce – including temporary workers – at the end of year 2020 relative to the headcount as of June 30, 2019 and procurement process optimization. GEA implemented additional strategic projects in the reporting year including the optimization of the production network and selling three subsidiaries: GEA Bock, Japy and Royal De Boer.

Order intake and revenue robust despite pandemic
Due to the pandemic, the Group order intake of EUR 4,703 million in 2020 was 4.6 percent below the 2019 level (EUR 4,931 million). After adjusting for currency effects, the decrease was 2.2 percent. The company recorded shortfalls primarily in the Food and Beverage project business. By contrast, the trend in the Pharma, Chemical, Dairy Processing and Dairy Farming customer industries was positive.

Revenue declined by 5.0 percent from EUR 4,880 million in 2019 to EUR 4,635 million in the year under re-view. Adjusted for currency effects, revenue in fiscal year 2020 was down 2.6 percent year on year. The ex-pectation of a slight decline in revenue (at constant exchange rates) for the fiscal year was thus confirmed. Revenue was down in nearly all customer industries except Beverage and Chemical, which generated revenue growth. The Service business also showed slight growth with an upswing of 1.9 percent, adjusted for currency effects. Revenue share went up in 2020 from 32.3 percent in the previous year to 33.6 percent.

Profitability and efficiency significantly increased
At EUR 532 million, EBITDA before restructuring measures was roughly 11 percent higher in 2020 than in the previous year (EUR 479 million), despite lower revenue. The EBITDA margin of 11.5 percent was nearly 170 basis points higher than in the previous year. GEA initially forecast EBITDA before restructuring measures of between EUR 430 million and EUR 480 million for the fiscal year. This expectation was increased in July and again in November, ultimately to more than EUR 500 million. GEA also met this guidance with EUR 542 million, adjusted for currency effects.

The strong increase in return on capital employed (ROCE) from 10.6 percent in the previous year to 17.1 per-cent is due to the positive earnings performance and to the significantly lower capital employed. Here, too, the guidance was increased twice in the course of the year, from an initial 9.0 to 11.0 percent, to between 15.0 and 17.0 percent most recently. With a final ROCE figure of 17.1 percent, GEA even exceeded its increased guidance.

Strict net working capital management and strong cash generation
Net liquidity was EUR 402 million as of December 31, 2020, compared to EUR 28 million at the end of the pre-vious year. Alongside the improved operating performance, this substantial increase in liquidity resulted from a sharp reduction in net working capital by EUR 266 million. The net working capital to revenue ratio was nearly halved in 2020 to 7.9 percent (previous year: 14.0 percent).

Cash flow from operating activities amounted to EUR 718 million in the reporting year, once again significantly exceeding the 2019 figure (EUR 483 million). Key factors here were the higher EBITDA and above all the re-duction in net working capital already mentioned.

Sustainability reporting expanded
GEA stands by its dedication to climate action and sustainability, and even more so during the pandemic. As a global industrial technology leader committed to “engineering for a better world”, GEA takes its global responsibilities seriously. This was confirmed in 2020 when the company was again awarded an “A-” score for its climate protection activities by CDP (formerly Carbon Disclosure Project), which rigorously ranks companies on their environmental performance. And for the first time, GEA was rated for its actions on water security, earning an “A” score from CDP. Going forward, GEA will provide further transparency related to its sustainability commitments. To this end, the Company has again increased the level of information provided in its sustainability report, which will be released today as a stand-alone report for the first time.

Growth-focused guidance despite current challenges
“We look towards the future with optimism. The measures we have taken are delivering results and our busi-ness model has proved stable, even during a global pandemic. This year, rather than resting on our laurels, we will continue to push ahead systematically. We are confident in GEA’s continued growth potential which is why our mid-term 2022 financial targets are even more ambitious,” explains Stefan Klebert.

For fiscal year 2021, GEA expects slight organic growth in revenue, EBITDA before restructuring measures of between EUR 530 million and EUR 580 million and ROCE of between 16 and 20 percent despite the ongoing pandemic situation.

GEA is adjusting mid-term expectations for selected key performance indicators on which it made major pro-gress last year. The EBITDA margin before restructuring measures is now anticipated to increase to a target range of between 12.5 and 13.5 percent (previously 11.5 to 13.5 percent). GEA currently forecasts a net working capital to revenue ratio of between 8.0 and 10.0 percent by 2022 (previously 12.0 to 14.0 percent). 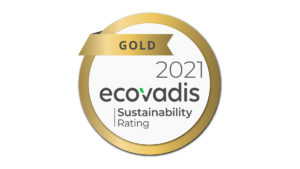 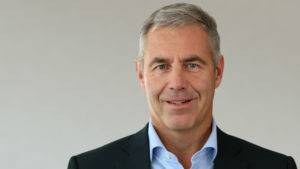 At its meeting yesterday, the Supervisory Board of GEA Group Aktiengesellschaft extended the contract of CEO Stefan Klebert (55) by five years until December 31, 2026. 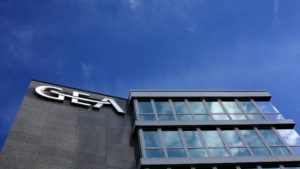 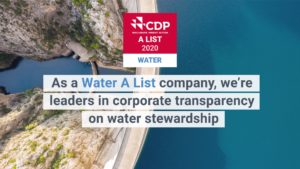