Endress+Hauser has stood its ground in the market in an uncertain economic environment. The Swiss Group increased net sales in 2014 by 11.0 percent to 2.013 billion euros and achieved a net income of 192 million euros. The company invested over 126 million euros worldwide and employed 12,435 staff by the end of the year. However, prospects for 2015 are clouded by economic risks and currency movements.

In his first year as Chief Executive Officer of the Endress+Hauser Group, Matthias Altendorf presented good figures – “despite all the unpredictable external influences that hadn’t been considered in our budgets,” as he stressed. As the CEO pointed out, Endress+Hauser has doubled turnover within eight years. Matthias Altendorf drew attention to a further milestone: “For the first time in our history, over half of our net sales were generated outside Europe.”

Above all, business was good on the American continent (17.7 percent growth in sales), reported Chief Operating Officer Michael Ziesemer, as seen in the United States, which is the second largest market for Endress+Hauser. Germany, the country with the highest sales volume, also improved significantly – as did Europe in general (8.0 percent). Development in Asia was inconsistent (11.7 percent). Growth slowed in China, the third highest turnover market, whilst in Southeast Asia sales grew dynamically. In Africa and the Middle East (10.4 percent), political instability in individual countries was noticeable.

“Setting up our own sales centers around the world paid off time and again,” Michael Ziesemer reported. Subsidiaries have been established in the United Arab Emirates and Algeria in early 2014. Endress+Hauser will again take charge of sales in Finland by mid-2015; a sales center in Colombia will be established at the end of the year. The French sales center strengthened its position in 2014 by an acquisition in the field of calibration services – a growth area for Endress+Hauser according to Ziesemer, along with the Group’s business in automation solutions.

Analytics developed stronger than all other fields of activity. “This mirrors the needs of our customers to determine product characteristics and quality in the process,” explained Matthias Altendorf. He sees the strategic decision of strengthening competence in process analysis and expanding into laboratory analysis as confirmed, particularly through the acquisition of Analytik Jena AG. Endress+

At the end of 2014 Endress+Hauser employed 12,435 people worldwide – 516 more than the year before. The company invested 126 million euros and increased the production of flow measurement technology in Reinach, Switzerland, amongst others. The location of the Group’s IT service provider in Freiburg, Germany, was also modernized and expanded. 259 initial applications at patent offices around the world give evidence of the Group’s innovative powers, as well as the property rights portfolio with 6,000 ‘live’ patents and patent applications.

Analytik Jena acquired the business with inductively coupled plasma mass spectrometry from the US-company Bruker, complementing the range in element trace analysis. At the turn of the year Endress+Hauser established TrueDyne Sensors AG in Reinach, dedicated to drive business with flow sensors in micro system engineering. In February 2015 the Swiss sensor producer Innovative Sensor Technology IST AG – part of the Endress+Hauser Group since 2005 – took over Jobst Technologies, a company based in Freiburg, Germany, specializing in biosensors.

For the first time Analytik Jena’s figures have been included in the Group’s complete financial year. This increased net sales, which would have grown by 6 percent without this acquisition, but at the same time put pressure on the earnings, according to Chief Financial Officer Dr Luc Schultheiss. The return on sales (ROS) edged down by 1.3 points to what is still a very good 13.6 percent; productivity – defined as net value added in relation to personnel expenditure – decreased slightly from 1.42 to 1.37.

Operating profit (EBIT) decreased by 3.2 percent to 268 million euros, a consequence of loss provisions at Analytik Jena for a project in Russia due to the weakness of the ruble. Thanks to the effects of favorable exchange rates and rewarding financial investments, the financial results were positive. As a result, profit before taxes (EBT) increased by 1.7 percent to 274 million euros. A slightly decreasing tax rate of 30.2 percent raised the net income by 2.3 percent to 192 million euros.

The CFO emphasized the robust financing of the family-owned Group. Cash and cash equivalents grew by 60 to 444 million euros, whilst at the same time bank loans decreased by 5 to 45 million euros. Equity ratio grew by 0.5 points to 68.3 percent. This increase would have been even greater but for the revaluation of retirement benefit obligations against the background of low interest rates.

The influence of foreign exchange rates was small in 2014. The consequences of the abolition of the minimum euro exchange rate by the Swiss National Bank in the current year are far harder to predict. “The Endress+Hauser Group as a whole can cope with the strengthening of the franc,” emphasized Luc Schultheiss. A large part of the added value is independent of the Swiss currency. However, the CFO anticipates lower profits due to the pressure on the Swiss companies in the Group.

Endress+Hauser has set itself the target of increasing net sales by almost 10 percent to 2.2 billion euros in 2015. The Group plans to invest 179 million euros and create 600 jobs. Equity ratio is to be increased to over 71 percent. However, the start of the current year was subdued, particularly in the major markets such as Germany, the United States and China. “We are a fair way from achieving our goals, although the exchange rates have created a strong following wind,” stated Luc Schultheiss.

For the first time, Endress+Hauser presented a sustainability report together with the annual report. “We must create value for our customers. Only then will they buy from us. But we must also create value for society. Only then will we find the necessary backing as an enterprise in the long term,” emphasized CEO Matthias Altendorf. The report is intended to make developments visible and measurable. For example, cogeneration plants reduced carbon dioxide emissions at production sites in Maulburg and Gerlingen, Germany. A new plant to treat the surface of metal parts that uses metal beads instead of glass beads has significantly reduced the amount of special waste in Reinach, Switzerland. 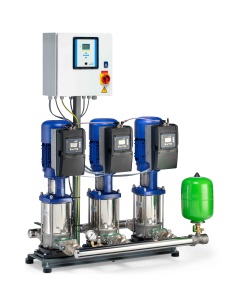 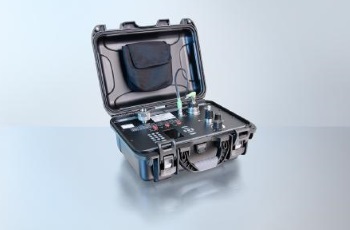 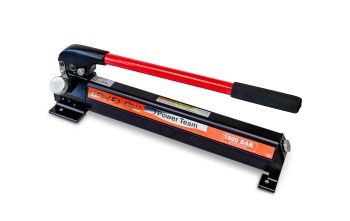 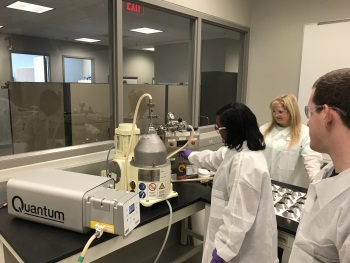 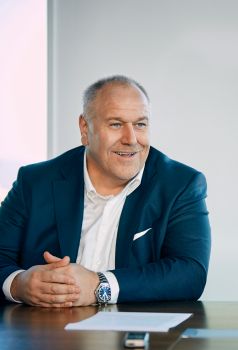 A Solid Year for Endress+Hauser