Experts see good conditions in the global market for the sector. Especially states such as China give hopes for lucrative business in the coming years.

Reading outlooks and forecasts must be a pleasure for makers and dealers of pumps. A look at graphics shows: the sales curves of their products often enough shows upwards. The sector can expect annual growth rates of around four percent in the global market until 2017, in the areas industry, urban development and irrigation. Turnover will reach close to 46 billion US dollars – at least as long as global conditions develop in line with expectations.

East Asia shines with clear growth rates, according to McIlvaine Company the region will be responsible for 33 percent of the world market for pumps by 2017. There, turnover of around 15 billion US dollars can be expected. Main driver of sales chiefly are new infrastructure and the heavy metal sector, reports the market research company in its survey „Pumps: World Markets“. According to the survey, more power plants will be constructed in East Asia between 2012 and 2017 than in the rest of the world. The market will also outperform other regions in wastewater treatment and water supply. In order to counter aridness in various territories, the importance of irrigation pumps will increase notably.

NAFTA (North American Free Trade Agreement) also gives further hopes for rising demand for pumps. Production of unconventional oil and gas through fracking is also driving demand for pumps designed for high pressure levels. McIlvaine talks of „substantial investments in pumps“. Demand could add up to one billion US dollars annually, the market research company claims. For NAFTA, total turnover by 2017 is expected to be 8.8 billion US dollars.

Pressure from the European Union on Eastern Europe is also making itself felt. In order to fulfill the EU s environmental specifications, a lot of money needs to be invested in energy efficient and low-emission pumps. Here, the market is valued at around 1.3 billion US dollars for 2017.

Western Europe in contrast is seen as a slowly growing market, where replacement of pumps plays an important role. The market is seen to account for 7.5 billion US dollars worth of sales.

Desalination plants fire demand in the Middle East. Pumps have to fulfill high requirements due to aggressive media in the conversion process to drinking water. Energy recovery in the region also requires pumps. Forecasts see turnover worth 2.6 billion US dollars by 2017 in the region.

As for other markets, McIlvaine Company Africa to account for 1,9 billion dollars, the Commonwealth of Independent States (CIS) for 2.3 billion, Latin America for 2.8 billion and Western Asia for 3.3 billion US dollars.

Germany traditionally belongs to the highest performing pump manufacturing countries. “The German pump industry has shown itself hard hitting and adaptive,” underscores the pumps + systems association within the German Engineering Federation VDMA. Thanks to the mainly midsized structure of companies the industry is able to react quickly to changes in the market. According to the VDMA, Germany exports pumps worth 4.8 billion US dollars annually. Thus, the country s share of global turnover accounts for nearly 17 percent. Germany s pump manufacturers score points both for regular designs, as well as special, tailor-made products.

Through the rising of importance of energy conservation controllable high-efficiency pumps are becoming more important. “In the chemical industry the trend is towards monitored pumps,” the VDMA observes. Failures can thus be noticed early on and operation continued. “In all areas pump manufacturers are moving towards offering additional system expertise, next to the pumps themselves”. In user companies, expertise is being reduced. This offers more opportunities in the service segment for manufacturers.

No wonder, that German pump manufacturers are optimistic for the future. Grundfos, for instance, has been experiencing continuous growth for years. In 2012, net turnover grew 6.7 percent. “We expect 2013 to be above the level of 2012”, says Dirk Schmitz, director of communications and PR. Growth rates vary, some regions such as Southern Europe are having problems due to the euro crisis. 2014 could also be a good year. “We expect a better market climate and higher growth than 2013”.

Investments are being made in new, potential markets. “We are globally concentrating on countries with especially high demand for our solutions – the Asian countries belong to such countries, where we will expand our position in India, but also the United States”, states Schmitz.

Wilo also has great expectations. For several years now the company has been on setting new records. For 2013, Wilo reckons with healthy growth in the single-digits. The German pump manufacturer also sees turnover growing in 2014.

Wilo sees certain developments in Europe: “The energy sector is growing in importance for us in the segments building services & water management,” the company reports. Rising energy demand and associated rising costs create increasing costs for users and suppliers. Wilo therefore directly talks to operators and also ESCOs (energy saving companies), energy contracting and facility management companies in order to raise awareness for the benefits of replacing power-hungry, uncontrolled pumps through energy-saving solutions ahead of time. By doing so, states Wilo, companies can reduce CO2 emissions and total energy consumption.

“In the growth regions Asia, Africa and Latin America the situation will still develop itself in the next few years,” the Dortmund-based company expects. Energy-saving products with a direct impact on the energy balance of each single building will especially play are large role in megacities with their explosive growth.

Water a base for economic development

This is not the only development in emerging markets. Demand for water is also on the rise. Wilo: “Therefore our focus in these markets currently is upon the water management segment, especially water supply and wastewater disposal”.

A development also being followed by Grundfos, with great interest. “Availability of water is an important factor the economic development of a country, industrialisation is only possible if water is available,” underscores Dirk Schmitz, of Grundfos. The company therefore opened a global competency centre for the areas water supply and wastewater in 2012.

Emerging markets thus offer lucrative orders. Companies who want to increase their chances in landing an order have placed their bets on opening local subsidiaries. China is at the top of the priority list of numerous pump manufacturers, as shown by the frenzy of openings of production facilities over the course of the last few years. Sulzer opened a plan in Kunshan, China, investing around 8.2 million euro. Around 10.000 pumps, compressors and mixers a year are to be manufactured in the plant, mainly for the water supply and wastewater treatment sector. Demand is high: two thirds of the country s 600 cities are facing problems with their water supply. Major-scale projects such as the South-North Water Transfer Project or desalination plants on the coast are supposed to cover demand, the company states. “The production facility in Kunshan will increase our competitiveness in China and shorten our delivery times”, says Kim Jackson, president of Sulzer Pumps. According to experts, 54 billion euro worth of investments will have to be made by 2015 in order to solve the wastewater treatment problems. The new plan in Kunshan already is Sulzer s sixth production facility in the country. In 2013, Sulzer Pumps opened its third service center in China, in a move designed to strengthen its network in the Middle Kingdom.

“China is a large and fastly growing market”, adds Heikki Hyttinen, CEO of the Flowrox Group, too. The manufacturer of pumps and valves opened an office in China.

Emerging markets also play a role for KSB AG, a producer of pumps and valves. A plant was opened in Jundiai, Brazil, to construct valves, and later on standard pumps. In addition, ProMinent in the meantime owns a subsidiary in Hochiminh City, in Vietnam. Wilo has also expanded to South Korea: the company located in Dortmund invested 27.25 million euro in a new plant in Busan.

Despite all justifiable euphoria for emerging markets, there still are imponderabilia pump manufacturers, who have to brace themselves for. Brazil is a prime example. In the first half of 2013, demand for pumps contracted due to the economic situation. Merely a snap-shot, the situation could take a positive turn for the better in the near future.

The same applies for China. According to the Chinese GDP (official exchange rate) the original growth targets for the full year were corrected downwards in the first quarter of 2013. However, signs once again show towards a better situation for the full year.

An important motor for instance for the building industry are state subsidies through the Chinese government. The state s hesitant handing out of subsidies, designed to place the brakes on speculation and slow down rising prices, recently had an impact on demand for pumps.

Nonetheless, the Chinese market will continue to play a major role in the world market. Government plans are known, which see close to 250 million people move from the countryside into newly constructed towns and cities. As a consequence, there will be large-scale urbanisation and modernisation of infrastructure. Water supply, wastewater treatment and power plants are in all areas of high importance. The pump industry can therefore enjoy lucrative orders – despite all that, one cannot foresee. 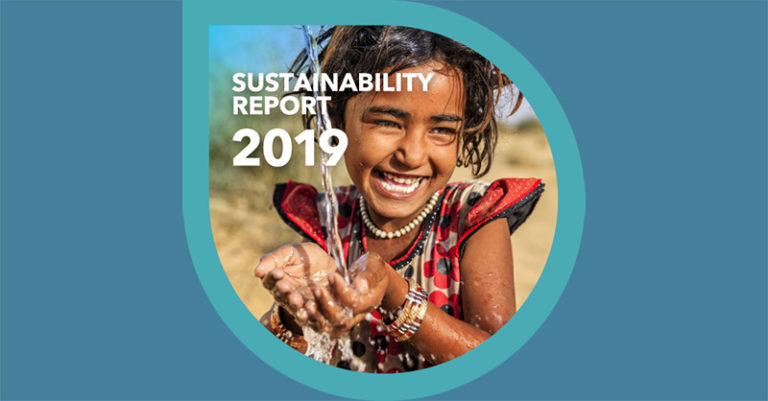