David Brown Engineering has created a unique test rig at its Huddersfield works to simulate operational loading from the world's largest pumping system as part of a £2.3 million project to supply gearboxes to the Narmada dam project in India.

Representatives from India's premier pump manufacturer Kirloskar Brothers Ltd. visited the works to see the rig in operation - the only one of its kind in the world - and discuss delivery schedules for the gearboxes.

David Brown, a Textron Power Transmission company, is supplying 26 single stage vertical planetary gear units that transmit approximately 4,500 kW at 200 rpm and are nominally capable of handling a thrust load of over 90 tonnes. They have been designed and engineered to operate in arduous conditions at ambient temperatures of over 45°C.

The rig is custom-designed for the Narmada project to subject the gearboxes to no-load and full-load testing. It was created using two of the gearboxes mounted in a back-to-back configuration; full load torque is applied through a connecting gearbox and the pump thrust is simulated using hydraulic rams.

The first gear units are due for delivery before the end of the year and the remainder will be supplied over the 4-year life of the project.

Roger Leedham, one of the engineering team which designed the rig, comments: "Full load test trialing of the gearbox is important to ensure trouble free installation and running for our customer and the end user. David Brown is one of the few companies in the world capable of building this sort of test facility in its own factory because of the scale and complexity, but it was a vital element in our success in gaining the business, and is an integral part of the service we offer to clients worldwide."

The Narmada Project canal system in the state of Gujarat will eventually irrigate 1.8 million hectares of land, and meet the drinking water requirements of millions of drought-affected people.

Kirloskar Brothers is building five huge new pumping stations equipped with mammoth concrete volute pumps, which will eventually be capable of lifting some 410,000 litres of water per second to provide irrigation and drinking water to 132 towns and a large number of villages in the drought-affected areas of the Saurashtra region.

Textron Inc. (NYSE: TXT) is a $12 billion multi-industry company with more than 51,000 employees in 40 countries. The company leverages its global network of businesses to provide customers with innovative solutions and services in industries such as aircraft, fastening systems, industrial products, industrial components and finance. Textron is known around the world for its powerful brands such as Bell Helicopter, Cessna Aircraft, Kautex, Lycoming, E-Z-GO and Greenlee, among others.

Xylem has been awarded a $1.25 million contract to provide advanced treatment technology to the South Wastewater Treatment Plant in the city of McAllen, in Texas, USA. The plant provides 240 million gallons of reclaimed, treated wastewater annually to the McAllen Palm View Golf Course for irrigation purposes. 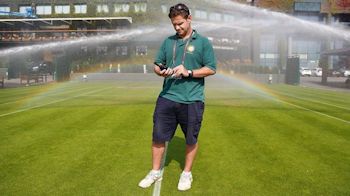 Everything surrounding the world famous arenas has to work perfectly and precisely. From courts to irrigation there is no room for errors at the place where tennis and traditions meet on the grass. 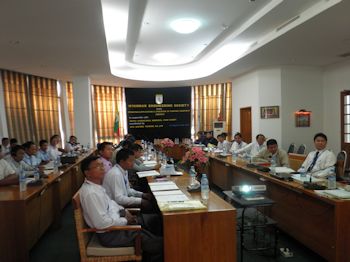 Ebara held pump seminars on July 15 and 16 at Myanmar Engineering Society in Yangon, Myanmar. Approximately, a total of 52 participants from government agencies to private-sector companies attended the event. 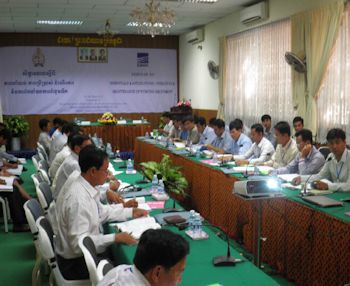 Xylem has been awarded a $1.7 million contract with Vietnam’s Ministry of Agriculture and Rural Development to design and supply advanced water pumping technologies as a key component of a significant irrigation project in Vietnam. Xylem will help to provide a reliable water supply at the Phu My pumping station in the Bắc Ninh province for 5,600 hectares (ha) of cultivated land in the area. 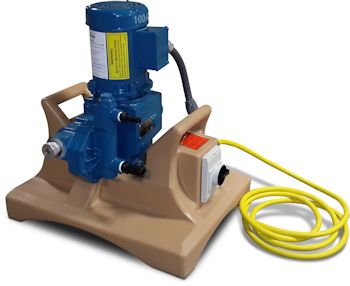 Neptune Chemical Pump Co. announced that its Series 500 hydraulic diaphragm metering pumps improve the accuracy and reliability of drip and center-pivot irrigation systems by applying fertilizers and chemicals in the most precise, timely and cost-effective manner.