Amarinth has delivered four sodium hypochlorite dosing pumps manufactured in titanium alloy to ADMA-OPCO for use on the Umm Lulu Development Project, offshore of Abu Dhabi. 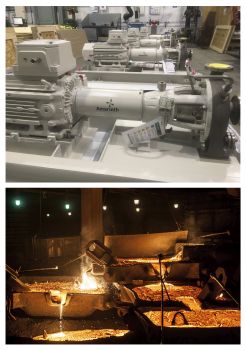 The Umm Lulu field is located in the Arabian Gulf 30km north-west of Abu Dhabi, UAE. It is being developed as part of a strategic initiative to pump 1.75 million barrels of crude a day by 2017, increasing Abu Dhabi s total crude oil production to 3.5 million barrels a day.

Amarinth were approached by Cumberland to tender for the pumps on a tight 24 week delivery for the Umm Lulu platform. Sodium hypochlorite is highly corrosive and so traditional super-duplex materials cannot be used. Cumberland had considered using plastic components on the pumps but ruled that out due to known reliability issues and failure rates and so Cumberland was seeking a solution to this challenging problem.

Drawing on its wealth of experience of casting in exotic materials, Amarinth was the only pump manufacturer approached by Cumberland that would tender for this challenging project. To minimise corrosion from the sodium hypochlorite, Amarinth proposed using titanium alloy for all wetted parts, including the casing, impeller and shaft. ADMA-OPCO also recognised Amarinth’s capabilities for successfully delivering against its previous high-specification requirements, all of which helped Amarinth to secure the contract.

Amarinth was able to source the titanium required through its supply chain and then worked closely with its foundry in Sheffield, United Kingdom, casting the components. Titanium is difficult to cast and the process has to be very carefully controlled using the latest technologies, pushing the limitations of current manufacturing methods. Having overcome all of the challenges, the four titanium pumps have now been successfully manufactured and assembled and will be commissioned on the offshore Umm Lulu platform during the first half of 2016.

Oliver Brigginshaw, Managing Director of Amarinth, added: “We are delighted to have met these demanding requirements and our engineering team surpassed all expectations in delivering the titanium pumps against such tight deadlines, further underlining our capabilities in designing and manufacturing high-specification pumps for the most arduous of duties. The confidence shown in Amarinth by Cumberland and ADMO-OPCO has once again enabled us to demonstrate our commitment to the Middle East oil and gas market.” 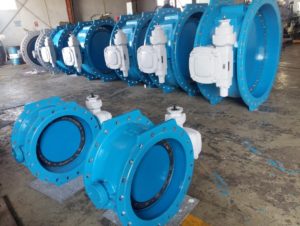 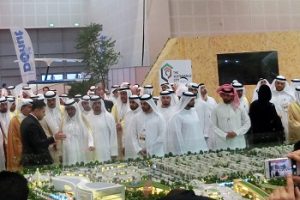 WETEX 2019 in the UAE: New Water and Environmental Technology for the Desert Nation

The United Arab Emirates is investing huge amounts of money in securing its future water and energy supply. For overseas companies in these sectors, the trade fair WETEX is the platform for showcasing their innovations and technologies relating to water, wastewater, energy and the environment. It is taking place at the Dubai International Convention and Exhibition Center from October 21–23, 2019. The event is hosted by the water and energy authority DEWA, the country s largest public-sector company. 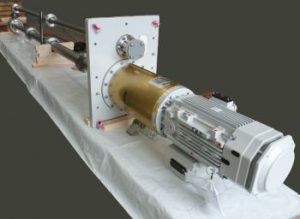 Amarinth has successfully delivered an order of API 610 VS4 pumps to Metito for installation in a waste water treatment plant at the ADCO Al Dabb’iya Facilities Development Phase III project, Abu Dhabi. 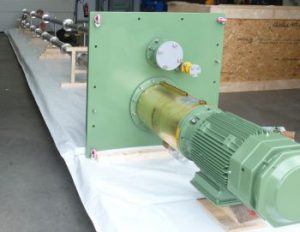 Amarinth has secured an order for bespoke HVAC chilled water pumps from CCTC in the United Arab Emirates for the platform being built for ADMA-OPCO to operate in the Nasr oil field, offshore of Abu Dhabi.