Voith Hydro Canada has received a 470 million Canadian Dollar (CAD) turbine and generator contract from energy supplier and future plant operator BC Hydro. The contract is for the design, supply, and installation of six vertical axis, Francis-style turbines, six generators and associated equipment, and covers work to be completed at the Site C Clean Energy Project (Site C) on the Peace River in northeast British Columbia (BC). 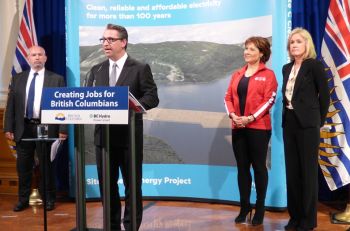 With as many as 150 employees planned to be onsite during peak installation in 2022, the contract is expected to create nearly 400 person-years of employment. Voith Hydro Canada has committed to utilizing Union labour throughout the project and has teamed with local businesses, suppliers and subcontractors for a variety of the site work. The project will also create ongoing apprenticeship opportunities for millwrights, electricians, pipefitters, boilermakers, and other trades within the region and Canada’s First Nations.

“The Site C agreement brings to the region a number of benefits that will provide a lasting positive impact,” said Voith Hydro Canada President and CEO Bill Malus. “Along with supplying clean, sustainable energy for generations to come, the Site C turbine and generator contract provides outstanding employment and training opportunities. We’re very proud of our commitment to the economies and the workforces of the local community and the Province.”

Voith Hydro Canada was selected after a rigorous BC Hydro selection process. During that process Voith was lauded for a strong delivery record during projects of a similar scope (Revelstoke, Ruskin and Gordon M. Shrum) and for best meeting BC Hydro’s requirements for the Site C turbine-generator contract.

“A rigorous multi-year competitive selection process resulted in several high quality proposals. Voith was selected because of its strong track record with similar complex projects, and its proposal offered BC Hydro the highest value design, within budget,” said BC Hydro President and CEO Jessica McDonald.

The Site C Clean Energy Project is a third dam and hydroelectric generating station being built on the Peace River in northeast British Columbia. It is also the largest energy infrastructure project currently in the works across Canada. The project will supply 1,100 megawatts (MW) of capacity, and produce nearly 5,100 gigawatt hours (GWh) of electricity annually. Work on the project began during the summer of 2015 and will continue through peak installation periods in 2022 before a scheduled completion in 2024. 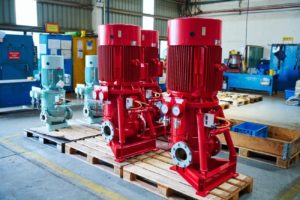