During this period, the Voith Group was able to operate in the black in all three divisions of its core business and increase Group-wide EBIT. In addition, there was significant growth in orders received at all Group Divisions.

At €2.06 billion, Group sales were only slightly below the level of the prior-year period (€2.08 billion). After adjusting for currency effects, there was an increase of 3 percent compared to the previous year. At €2.63 billion, orders received were 21 percent higher than in the previous year (€2.17 billion). At €6.06 billion, the orders on hand as of March 31 were noticeably higher than the already high level of the previous year (€5.58 billion), resulting in its highest level in the last nine years. Voith was able to further increase its operating results slightly in the first half of the year. EBIT increased by 4 percent to €82 million, which is very positive given the continuing negative impact of the COVID-19 pandemic. Despite the difficult market environment, net profit was in positive territory.

“The Voith Group remains in very robust shape operationally and financially, despite noticeable negative effects from the COVID-19 pandemic. In last year's comparative period, the COVID-19 crisis only impacted our earnings for two months, whereas in the current financial year we were under the influence of the crisis for the full six months. We can therefore be all the more satisfied with our current business performance. Our broad sectoral and geographical positioning has paid off during the crisis and we are confident that Voith will continue on its chosen course of sustained profitable growth in the long term,” explains Dr. Toralf Haag, CEO at Voith Group.

Recent acquisitions make positive contribution to Group results
In the past, Voith had strategically strengthened its core business through various M&A activities. This had a positive impact on the half-year results during the crisis. Strengthening its business as a full-line supplier in the paper sector through the acquisitions of BTG at the end of 2019 and of 90 percent of the shares in Toscotec S.p.A. in 2020 bore initial fruit in the current financial year. ELIN Motoren GmbH also made a positive contribution in the first half of 2020/21. In the spring of 2020, Voith acquired 70 percent of the Austrian company, which specializes in electric motors and generators for industrial applications.

Opening up new growth markets
In addition to strengthening its core businesses, Voith continues to focus on opening promising business fields. Voith is examining strategic options in the fields of hydrogen technology, energy storage and electric drive systems. Its strategy is to position itself as a pioneer and performance leader in its strategic business areas. To this end, Voith aims to be among the leading suppliers in each of the industries it covers and to continue to develop in the direction of the megatrends of decarbonization and digitalization.

“We are continuously expanding our core business in the areas of sustainability, decarbonization and digitalization. The electrification of the powertrain, paper as a sustainable raw material, and hydropower as a renewable energy source are the focus here in order to meet our responsibility to society and the environment and to be a pioneer in the race for sustainable technologies in terms of industrial sustainability,” says Dr. Toralf Haag.

Voith Paper remains on course for growth. Despite a normalization of investments in the paper industry, Voith Paper was again able to significantly increase its orders received by 26 percent to €1,136 million in the first half of the financial year (previous year: €901 million). At €832 million, sales remained at a high level (previous year: €895 million). EBIT improved further to €53 million (previous year: €46 million).

Outlook: Economic recovery earlier than expected
The Voith Group's strategic goal of achieving sustained profitable growth in the coming years remains unchanged. Despite continuing uncertainties, but due to the solid results for the first half of the financial year and a stronger market environment, Voith expects all key performance indicators to develop more positively in the remaining financial year 2020/21 than was projected at the 2019/20 financial year-end closing in December.

"Given the expected market developments and the current assessments of the Group Divisions, we continue to assume that Voith will close its operating business in financial year 2020/21 slightly above the previous year's levels," explains Dr. Toralf Haag. 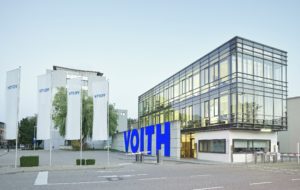 The Voith Group performed satisfactorily in the 2021/22 fiscal year (ending on September 30) and is proving to be in a robust condition with regard to its operations and finances. The Group’s or-ders received have further increased in comparison to the already high previous-year level. 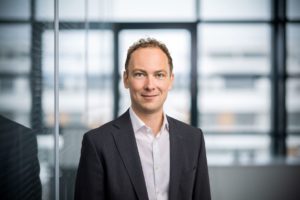 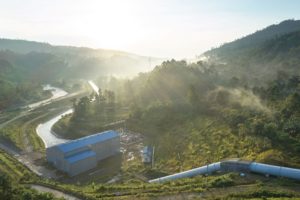 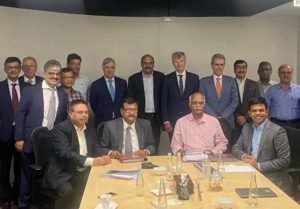