Blocked pumps are often the cause of pumping station and sewage treatment works failures resulting in disruption, downtime and in extreme situations the inconvenience and associated health and safety issues in having to ‘lift’ submersible pumps to clear blockages.

There are many reasons why pumps become blocked, but at Anglian Water’s pumping station in the Cambridgeshire village of Cambourne it seemed a baby boom creating high volumes of baby wipes and other unflushables occurring in sewage streams, were the suspected cause of the station being regularly out of action. High volumes of wipes, buds, towels and even disposable nappies, collectively known as ‘rag’, were clogging the existing submersible pumps, resulting in them having to be lifted from the sewage streams and unblocked on numerous occasions.

On the basis that prevention-is-better-than-cure the local parish council in Cambourne took the initiative to raise awareness among local residents in the rapidly growing local community about the problems and potential damage caused by unflushables. Letters were sent to residents informing them about the issues and their responsibilities for disposal. Local supermarkets also posted signs providing information. However, in response to the challenges posed by the increasing volumes and inevitable occurrence of solids build-up, Anglian Water decided to search for alternative pumps which would have the ability to cope with rag and the higher flows predicted for the Cambourne Pumping Station.

In the summer of 2013 Anglian Water approached Huntingdon based solids pumping specialist P&M PUMPS for a solution to replace the failing existing submersible pumps.

As the UK distributor for Vaughan Chopper Pumps, P&M pumps were well placed to provide a solution having previously supplied pumps which had proved effective at other Anglian Water sites.

Following discussions between Anglian Water technicians and P&M Pumps the decision was taken to invest in two new ‘super pumps’. These were Vaughan 30kW/1460rpm SE6W chopper pumps, specified to handle flows up to 400m3/hr at a head of 17.8 metres and installed during a simple and quick retro fit utilising all the existing installation hardware. The innovative design of the Vaughan Chopper pump makes it particularly effective even in the most challenging solids pumping applications that cause other solids handling pumps to fail, and immediately proved successful for this application.

The seal design on Vaughan submersibles has proven to be reliable and durable assisted by the patented upper cutter design. Stray solids that may be trapped within the mechanical seal chamber are shredded and removed by the impeller pump-out vanes turning against the upper cutter. In addition, solids are then chopped by the cupped and sharpened impeller blades turning across the cutter bar, creating a smooth ‘slicing effect’ which enables the conditioned slurry to be easily pumped upstream through the piping system without plugging. Completing the process is a centred nut with a tooth that cuts stringy materials which tend to wrap at the pump inlet. Where non-fibrous hard solids are present, there is also the option for a (removable) disintegrator tool which agitates and breaks up large solids to prevent suction blockage.

The pumps were installed during the autumn of 2014 and during the early months of their operation, Graham Powell, Area Maintenance Manager at Anglian Water said, “The pumps are performing very well and we are singing their praises across the business”.

More recently, Andy Spencer, Maintenance Support Technician has confirmed, “At this present time since the two Vaughan Pumps were installed we have yet to return to the site to unblock either of the pumps, where before we may have been on-site at least once a week with two operatives”.

Through their experiences at Anglian Water and numerous other waste water treatment sites across the UK, P&M Pumps have demonstrated that Vaughan Chopper Pumps are an effective solution to the most challenging ‘solids pumping’ situations where other types of chopper, macerating or whole solids passing pumps have traditionally struggled.

In most cases, retrofitting a Vaughan Chopper Pump into a problematic area improves the whole process and will be self-financing. Furthermore, this can be achieved with unrivalled payback periods, which in some cases is only a matter of months and so minimises the effect on budget holders. 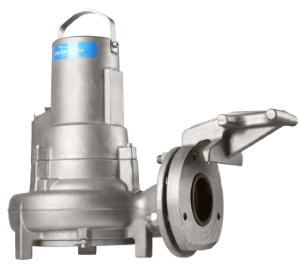 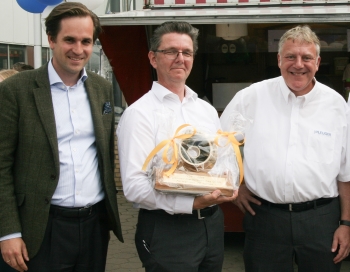 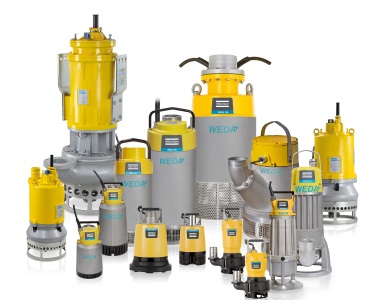