The museum boasts a wealth of machines and tools from Grundfos’ 75-year history – objects that not only illustrate the development of the company but the overall evolution of industry, technology and society.

“Grundfos’ successful history is heavily connected to the company not only developing good pumps but also deciding to self-produce almost all pump parts, and do it on its own terms,” explains Flemming Pedersen, manager of Grundfos’ History Department.  ’The carousel’ is the exhibition’s crown jewel. The enormous machine from 1972 was then a landmark for efficiency in pump manufacturing, and visitors to the museum can bring it back to life by pushing a button. Other ground-breaking items include some of the world's first electrical controls, ton-heavy casting tools, active robots and the world's smallest Grundfos logo (hint: this is about nanotechnology).

The museum is located on the site where the founder Poul Due Jensen had his first workshop in 1945. From here, Grundfos grew into what we know today. In the same rooms, many of the technologies that the museum conveys have seen the light of day. “History has always had and still has great significance for Grundfos. Our self-understanding and way of doing business is strongly linked to our values ​​and self-understanding as pioneers who dare, can and will do new things. All this is beautifully illustrated with the new museum, ”says Poul Due Jensen, Group Executive Vice President, CSO, Grundfos. He adds: “I hope that the museum can provide joy and inspiration for our employees and customers but in particular also the public. Grundfos has been of great importance to Bjerringbro, so it is important that we can give the exhibition to the city and hopefully attract guests from the rest of Denmark and abroad.”

The museum is primarily targeted at Grundfos' employees and customers, and as it looks now, it will be open to the public the first weekend of each month.

Facts: Grundfos Museum – The Factory
- The new museum is located in the Grundfos area South 1, Birkevænget 2, 8850 Bjerringbro - where the company began.
- The exhibitions are 1600 m2 on two levels
- Department of History, Grundfos is behind the exhibition, which is designed by JAC Studios
- More than 150 historical objects are exhibited, which are presented in 14 thematic sections. The sections are built up as cells that we know from production.
- All employees have access on weekdays at 07:00 to 17:00
- Education and interested groups are admitted by appointment
- The museum opens to the public the first weekend of each month between 10 a.m.-4 p.m. 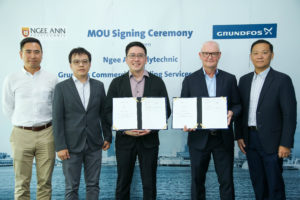 Hydraulic Institute Announces Appointment of New Board of Directors and Officers

The Hydraulic Institute (HI), the largest association of pump manufacturers and suppliers to the pump industry in North America and the global authority on pumps and pumping systems, installed new leadership during the 2022 Annual Conference. 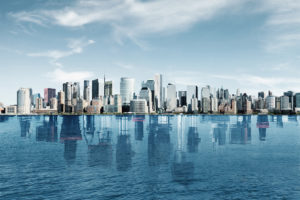 In 2021, Grundfos set a new sales record with a full year net turnover of 28.7bn DKK. Grundfos’ full year return on sales (EBIT/Net turnover) reached 11.1% representing Earnings before Interest and Tax (EBIT) of DKK 3,185m. Adjusted for items not related to the operations of the company, Grundfos’ return on sales landed at 11.4%. 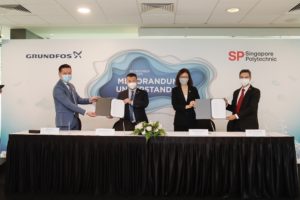