At the beginning of 2010, KSB de Mexico, S.A. de C.V. received the order to equip La Caldera pumping station in Mexico City with twenty-four large waste water pumps. Sixteen of these are among the largest waste water pumps that KSB is building at its plant in Halle, Germany. 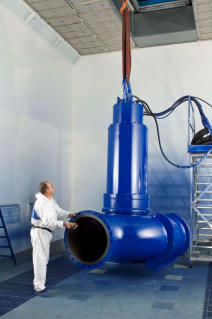 Examples of the Amarex KRT K 700-900 that will be shipped to Mexico starting in May 2010. (KSB Aktiengesellschaft, Frankenthal)

Each of the submersible motor pumps type Amarex KRT K 700-900 weighs around 10,500 kg and has an output of approximately 2,000 litres per second.

The pumps will be driven by 10-pole high-voltage motors of 4,160 V and a drive rating of 680 kW. The impellers of the pumps measure around 800 millimetres in diameter. Thanks to their channel impellers, the pumps achieve an efficiency upwards of 83 percent.

The station at La Caldera is a combined waste water / stormwater pumping station with a total capacity of 40 cubic metres per second. During heavy downpours, parts of the city are flooded by stormwater and waste water. Although the city is situated on a plateau, the subsoil is subsiding. This means that the gradient is no longer steep enough for the waste water pipes. As a further aggravating factor, the amount of stormwater to be handled has steadily increased in the recent past. To solve the problem, the municipal authorities of Mexico City have started modernising various canals and pumping stations. La Caldera is one of the worst affected parts of the city.

The KSB Group received the order against stiff North American and Spanish competition because the Group could back up its offer with numerous international references. Another reason for the customer’s decision was that the first pump units would be ready for shipment already in May of this year. 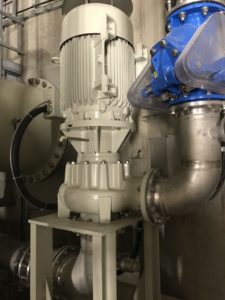 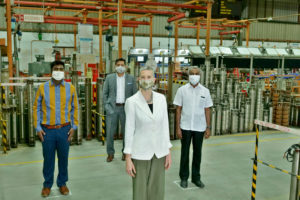 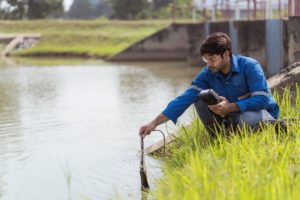