“Turkey, at the interface between Europe and Asia, has the potential to become a pioneer in the technology of environmental protection”, says Gerhard Gerritzen, Deputy Managing Director at Messe München. He continues: “With the new environmental trade fair IFAT Eurasia in Ankara, we are creating a platform which on the one hand aims at the very strong Turkish market, but is also a point of contact and business for many other up-and-coming states in Central Asia, the Middle East and North Africa.”

Turkey is planning high levels of expenditure in the environmental sector

In 2006 the former Turkish Ministry for Environment and Forestry put a figure on the expenditure necessary to implement the EU guidelines on water. The result was: Between 2007 and 2023 a sum of around 34 billion euros would need to be invested in the water sector in Turkey. The largest part of this, accounting for 18 billion euros, is for local-authority wastewater treatment; the next highest sum, put at 12.7 billion euros, is for ensuring adequate drinking water supplies.

In waste management, too, there are many challenges waiting to be tackled in Turkey. According to estimates by Germany Trade & Invest (GTAI), Germany’s economic development agency, the recycling market, for example, offers extensive delivery and cooperation opportunities for foreign enterprises. After all currently, according to the Turkish recycling federation, the country is only recycling seven percent of the waste generated. In order to improve this situation, the government in Ankara is supporting recycling projects with a national action plan. The Turkish environment minister puts the volume of investment in the coming years at around eight billion euros.

In Kazakhstan, too, in the middle of the Eurasian land mass, the aim is to modernize waste management. According to GTAI, in January 2014 the government of this, the largest land-locked country on Earth, approved a program that involves injecting around 576 million euros into the sector by the year 2020. They are planning to introduce waste separation, step-by-step, renew their fleet of waste-collection vehicles and build new waste-processing plant.

For the mountainous Kyrgyzstan, the European Investment Bank is currently working on a loan package to support water, wastewater and waste-management projects. With overall costs of 80 million euros, the bank is proposing to make a contribution of 20 million euros. A part of the money is to go into the construction of organized waste dumps, and the closure and renaturalization of existing facilities. In addition equipment for municipal waste collection is also to be funded.

As well as solutions for the areas of waste and recycling, another central theme at IFAT Eurasia is products, processes and services for the water and wastewater sector. In this sector the European Union is supporting a wide spectrum of activities in third countries via an external aid program. Among the countries set to benefit from the funding between 2014 to 2020 are Egypt, the Yemen, Palestine and Uzbekistan, but also some of the target markets of IFAT Eurasia.

Independently of the funding announced by Brussels, Egypt has already launched a nationwide water and wastewater program. In wastewater alone, Egypt is planning to invest around 8.3 billion euros over the next ten years.

The government of Turkmenistan has also passed a “General program for supplying municipal areas with clean drinking water”. In order to secure a reliable supply of water across this country of deserts and water shortages, a sum of at least 2.8 to 3.2 billion euros would have to be invested in the near future, according to GTAI.

IFAT Eurasia, organized by Messe München and its subsidiary MMI Eurasia, is a new environmental technology trade show for the Eurasian market. Its premiere takes place from April 16 to 18, 2015 in the Congresium International Convention & Exhibition Centre (CICEC) in Ankara. 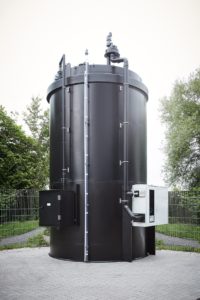 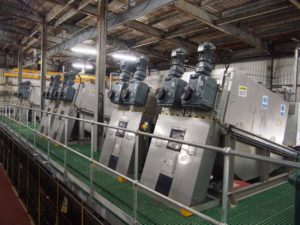