Based on the Group's Mission, Vision and Company Values Grundfos has established a policy, which covers the entire Group concerning its social responsibility (Corporate Social Responsibility) and which describes the Group's relations with its employees, local community, customers, suppliers and other stakeholders.

"The company's obligations towards the surrounding society reach above and beyond what has been general legislation and taxes". This is how Grundfos' founder, Poul Due Jensen, made a very early definition of the company's social responsibility, which does of course also direct itself internally.

"Today – and most certainly it will be like that in the future – it is a natural demand from our employees, customers and other stakeholders that a global company such as ours has an opinion about our social and ethical responsibilities and that we act as responsible "citizen". Social responsibility is a natural part of this company's identity and fundamental values. Incorporating "Corporate Social Responsibility" into our business strategies will become a competitive parameter and it will become prerequisite to the strengthening of our competitive power" says Niels Due Jensen, CEO and Group President.

In Denmark the discussion of companies' social responsibility has traditionally been seen as a responsibility to ensure a flexible work market. The concept Corporate Social Responsible goes further than that, it has both social and ethical aspects as e.g. the commitment to the UN's Declaration on Human Rights and the ILO conventions, which aim at ensuring ethical responsibility and credible behaviour.

"As a global company Grundfos must start to see itself within the CSR-framework which Grundfos' accession to the UN's "The Global Compact Initiative" reflects. This does not mean that Grundfos will yield its strong traditions for working with the flexible work market. On the contrary, it is a great strength for us that the employment of exposed groups will continue to be a company "hallmark" both locally and globally." says Mr. Due Jensen.

Already in 1968 Grundfos opened its first sheltered workshop for the employment of people with disabilities and thereby Grundfos started working for what has later been called "the flexible work market".

Grundfos' Corporate Responsibility Policy has been based on existing initiatives in the Group and on the development in that area in the international marketplace seen its broadest sense. The concept is closely related to the first element in Grundfos' pay-off "Be responsible – Think ahead – Innovate" and to the Group's company values. 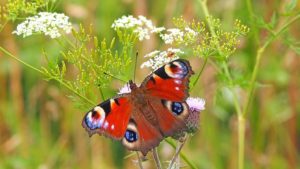