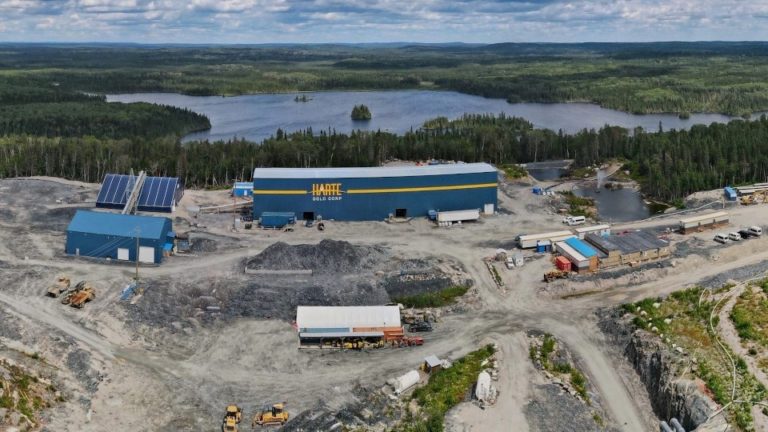 Deployed in two important applications, Harte Gold Corporation is now enjoying far better flow rate efficiency, along with significant reductions in both maintenance requirements and downtime. The company is subsequently looking to invest in further pumps from WMFTG.

Harte Gold operates the wholly-owned Sugar Zone Mine, located on the Dayohessarah greenstone belt in Ontario. The mine entered commercial production in 2019 and has an anticipated operating life of approximately 13 years at current output levels. Producing 60,000 to 65,000 ounces of gold per year at 800 tpd (tons per day) throughput rate, a mine expansion study is currently in progress to support 1200 tpd.

Efficiency challenge
In the reagents room, Harte Gold operates eight diaphragm pumps on a 24-7 basis. However, issues over insufficient process efficiency, the amount of maintenance time needed to replace diaphragms and the potential for leaks, prompted the company to look at alternative solutions.

Harte Gold invited WMFTG to trial its Qdos 30 chemical metering pump. For a period of one month, the mining company compared the Qdos and an existing electric diaphragm pump dosing flotation reagents such as potassium amyl xanthate (PAX).

More consistent output
With a flow rate for PAX of 100-300 ml/min, the Qdos 30 significantly outperformed the diaphragm pump on flow rate efficiency. Although the dosage rates were adjusted as required before and during the trial, the Qdos outputs were noticeably more consistent in comparison with the existing pump, bringing potential for process optimisation.

ReNu peristaltic pumphead technology is at the core of the Qdos pump and is key to its success at Harte Gold. ReNu ensures accurate and repeatable chemical dosing and, thanks to its contained design with integral leak detection, reduces wastage and eliminates any potential for operator exposure to chemicals.

In addition, Harte Gold personnel confirmed that both operations and maintenance were trouble-free during the trial runs. Indeed, there were favourable reports of the colour TFT display which shows both flow and speed, while the maintenance team is in full support of the single, no tools ReNu pumphead replacement.

Such was the success of the trial that Harte Gold is now looking to gradually phase-out all eight of its existing diaphragm pumps in the reagents room over the coming few months. Although control of the first Qdos 30 on site is manual, the company will adopt 4-20mA I/O moving forward. Harte Gold is also planning to replace diaphragm pumps with Qdos models on the water treatment side of its business.

Golden performance
In another area of its operations, Harte Gold has replaced an existing peristaltic pump (not Watson-Marlow) with an APEX 35 in a 24/7 application. Here, the pump transfers thickened gravity concentrate from a gold decanting tank to a shaker table. However, the company found itself replacing hoses every week in its existing peristaltic pump.

The company already had an APEX 35 in operation so thought the same model would provide a good solution for the thickened gravity concentrate. Instead of one week hose life previously achieved, the APEX 35 with NR hose lasted for 12 weeks, reducing both maintenance and downtime in this critical application. Now, only four hoses are required per year, rather than 52, equating to a 1200%+ gain in maintenance intervals. 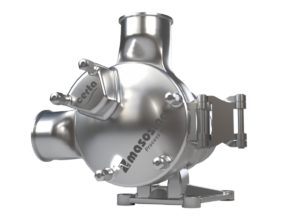 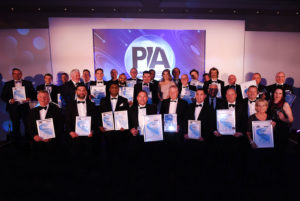 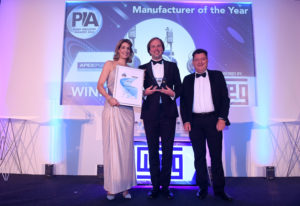 The BPMA’s annual Pump Industry Awards was held 31st March at the Chesford Grange Hotel in Kenilworth. Showcasing the very best achievements from across the pump sector, the evening was a celebration of
business and professional excellence. This year saw a record number of nominations over the nine award categories making the rigorous task for the judging panel extremely difficult. 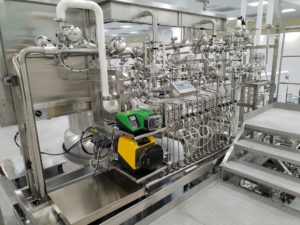 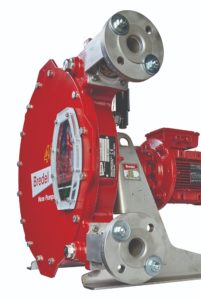