Natural gas, oxygen, and nitrogen are odorless, however they are potentially explosive and dangerous to health. This is why these gases are odorized with a substance which is strong-smelling. Typical choices are highly volatile organic sulfur compounds like tetrahydrothiophene (THT), whose smell resembles rotten eggs, and mercaptan mixtures. 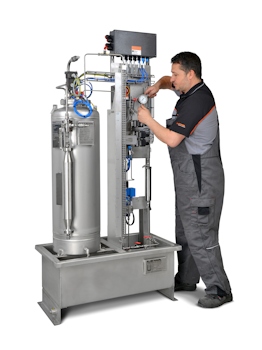 The difficulty in odorization is in the high-precision metering it requires, because the gas shouldn t have either too strong or too weak an odor. (Image: Lewa GmbH)

For gas consumers like Erdgas Südwest GmbH, that s an important safety measure that permits responsible staff to notice leaks or defective systems quickly. The company has therefore relied on Lewa GmbH technology for the odorization of natural gas for just about 30 years. Since 2007, the interregional power supplier has also worked in the biogas area with systems from the pump manufacturer from Leonberg.

"Just recently, three of our biogas plants in Riedlingen and Laupheim were equipped with Lewa OD7 and OD60 type odorization systems," explains Karl-Heinz Brunner from the service team at Erdgas Südwest-Munderkingen. The Riedlingen plant is a preparation facility with a throughput of 1200 Nm³/hr of raw biogas, which corresponds to about 600 Nm³/hr of biomethane. Another facility with the same throughput was already built in 2007 in Laupheim-Bühl. A satellite cogeneration plant was also built in Achstetten-Laupheim, from which the biogas is transported about six kilometers to Laupheim and is converted by an industrial customer there into power and heat in two co-generation facilities.

The biogas is generally not used for power generation directly on-site, but rather fed into the public gas network or at least transported a few kilometers to the direct consumer (cogeneration plant). The gas must first be refined for this purpose: The raw gas provided by the farmer consists primarily of methane and carbon dioxide. During preparation, it is purified and the methane gas proportion is increased to about 97 percent. In the initial step, the gas is desulfurized using doped activated carbon filters, rendering it odorless. The carbon dioxide is then removed and the gas odorized with the typical warning odor. However, there should be no problems with odor during transport or maintenance work. At the same time, staff should not be endangered at any time. The exact metering of additives is therefore very significant and it is essential to work with absolutely leak-proof systems.

The smallest dosage is 20 milligrams

"Our systems use quantity-proportional odorization, controlled by the gas flow. We plan and produce the systems – equipped with the core components of pump, flowmeter, and controller – in accordance with the tender specifications," explains Walter Richter, odorization product manager at Lewa. For more than 40 years, the company has developed systems for the odorization of natural, bio-, and liquid gases and has become the leading provider in this market.

The difficulty with odorizing is that the gas should smell neither too strong nor too weak. Biogas can in principle be odorized at a pressure of up to 100 bar. The DVGW (German Technical and Scientific Association for Gas and Water) regulations specify the exact quantity of odorant to permit even the slightest leak to be perceived. In addition to the frequently used THT, which is used for projects at Erdgas Südwest, it is also possible to use TBM or a sulfur-free odorant." At a throughput of 100 cubic meters per hour, the odorizing additive is mixed in about once a minute. The smallest quantity we can meter is 20 milligrams, which is no more than a droplet," Richter continues.

"The odorization systems that were built for us are all on 24 volts and provided with a stationary reservoir equipped with a visible fill level meter. These can simultaneously be used to calibrate the pumps," explains Brunner. In Riedlingen, the container has a capacity of 60 liters. At a gas pressure at the injection point of six to twelve bar, at most 20 milligrams of odorant per rated cubic meter are added per hour. "The micro-flow meter KMM 1 also measures small volume flows at an error range of ± 1 percent, so the odorant is metered safely, proportionally, and economically," says Richter with confidence.

All the parts installed in the odorization system are approved for Ex zone 1. Just as in 90 percent of cases, it was decided that a diaphragm pump type MAH with solenoid actuator would be best, because it has the best characteristics for this kind of application. Since at very small stroke frequencies of less than ten pulses per minute there can be a backflow of odorant, a solenoid valve was built into the pressure line. This reliably prevents any flow back. The system is also equipped with an activated carbon filter in the ventilation line, and has a flushing system for cleaning the diaphragm pump head and the suction and pressure lines before maintenance.

Standard Lewa odorization systems have a modular structure that can be fit together perfectly, with all significant components individually configurable. Depending on the application, not only metering pumps with solenoid actuator can be used, but also pneumatically or electrically operated metering pumps and well-tested controllers with Internet connections. Lewa exclusively uses proven, approved components that meet international standards like DVGW G280, WHG, the Pressure Equipment Directive, ISO 9001, GOST-R, ATEX, and TA-Luft. Odorization systems can also optionally be provided in a stainless steel cabinet and with leak pans in various sizes. Moreover Lewa provides overfilling protection, manometers for pressure lines and tanks, and stand-by pumps with automatic switchover. 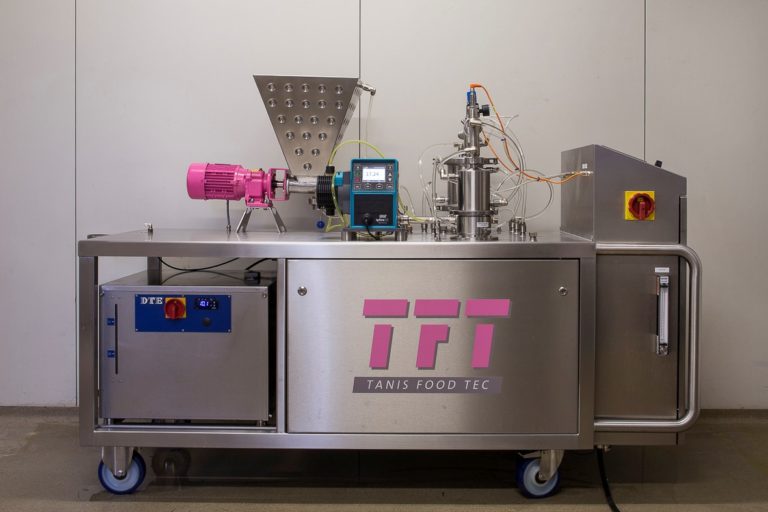 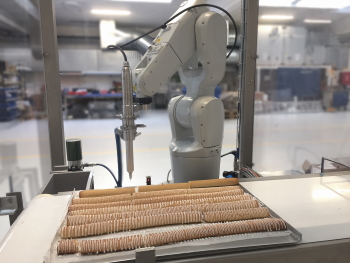 Sugar icing is the “icing on the cake” of many baked goods. The dosing is usually done by hand in complex production steps. Most today s gingerbread decorations, for example, are still made manually with the piping bag. But the degree of automation is also being increased in the baked goods industry. There are several reasons for this: Stricter hygienic regulations or high personnel costs, for example. With the endless piston technology on which the dispensers and dosing pumps from ViscoTec are based, decoration tasks or filling in the confectionery industry can be carried out semi-automatically and fully automated. Filling and Dosing Without Sedimentation

A major challenge in dosing technology continues to be the gentle dosing of solids-laden liquids without damaging the solids. In addition, there is a risk that the solids will settle during prolonged downtimes. The material sediments. If this happens, the dosing unit becomes clogged and must be completely disassembled and cleaned. This interrupts the entire dosing process. 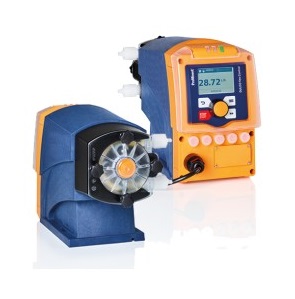 The new Dulcoflex Control extends the ProMinent portfolio with a new intelligent peristaltic metering pump. The new pump meters reliably 10 ml/h up to 30 l/h at up to 7 bar. A brushless three-phase motor forms the heart of the Dulcoflex Control. 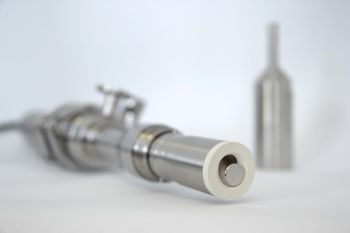 The requirements for dosing systems are particularly high and nowhere more so than with regard to hygiene. The use of abrasive media often leads to increased mechanical wear on components. Some fluids even seem inadequate to be integrated into fully automatic production lines and to be filled with process reliability. 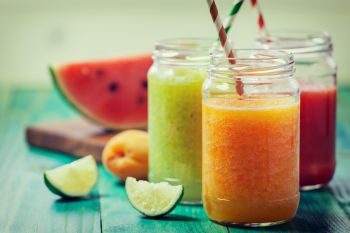 Currently convenience food business like ready to eat fruit mash, like apple puree, smoothies and other mash is really booming. For all kind of users and customers this type of food is interesting, e.g. for babies and kids as fruit pastes, for sportive persons as perfect source of nutrients and vitamins for adults.