Flowserve Corporation announced that Mark Blinn plans to retire as President, Chief Executive Officer and a member of the Board of Directors. To ensure an orderly transition, Mr. Blinn will remain in those roles until the appointment of his successor. 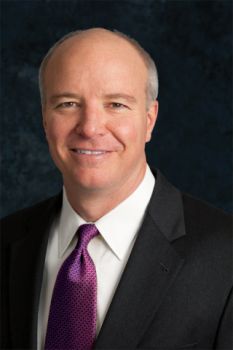 Flowserve s Board of Directors has a robust succession planning process and, in an effort to consider both internal and external candidates, has initiated a search to identify a successor to Mr. Blinn.

Mr. Blinn joined Flowserve in October of 2004 and was named CEO in October of 2009. During his tenure as CEO, the Company has delivered a total shareholder return of approximately 64 percent. Flowserve s track record of profitable growth and shareholder value creation reflects Mr. Blinn s focus on operational excellence, cost control and profitably growing the Company through acquisitions and strategic growth initiatives.

"After 12 years at Flowserve and seven as CEO, and as the Company begins its next phase of growth and development, the Board and I believe that now is the right time to initiate this planned transition of leadership responsibilities," said Mr. Blinn. "It has been an honor and a privilege to lead Flowserve and its global team of approximately 19,000 talented employees, who are truly among the best in the business. Over the last year and a half, we have focused on restructuring our business, optimizing our manufacturing footprint and realigning our workforce to position the Company for growth and value creation through the current market cycle and beyond. While there is more work to be done, I know that Flowserve has the right plan and the right team in place to achieve its objectives. I am committed and look forward to continuing to lead Flowserve for the next several months."

"Under Mark s leadership, the Company has made tremendous progress executing its strategic plan," said William C. Rusnack, Chairman of the Board of Directors. "He has been instrumental in overseeing a number of significant acquisitions that have enhanced Flowserve s geographic presence and product offerings and positioned the Company for continued success. Mark has been an effective leader across market cycles, and the Board thanks him for his many years of service and his dedication to our Company, employees, customers and shareholders."

Mr. Rusnack continued, "The Board and Mark have been discussing succession planning for some time, and we are confident that the orderly search process we are now undertaking will ensure a smooth transition for Flowserve and all of our stakeholders. As we look forward, we intend to identify a leader who will build on Flowserve s strong operating platform, creating enhanced value for shareholders, partners, employees, and the Company s other stakeholders. Mark is committed to working closely with the Board to identify his successor and seamlessly transition his responsibilities."