The U.S. Consumer Product Safety Commission, in cooperation with the firms named below, today announced a voluntary recall of the following consumer products. Consumers should stop using recalled products immediately unless otherwise instructed. 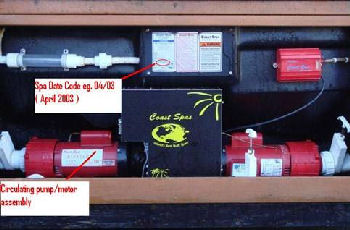 Hazard: The recalled spas have a circulating pump and motor assembly, which can overheat and pose a fire hazard.

Incidents/Injuries: Coast Spas has received 30 reports of spa fires. No injuries have been reported.

Remedy: Consumers should contact Coast Spas immediately to arrange for the installation of a free retrofit by a service technician.

British Water welcomes the Environment Agency’s National Framework for Water Resources in England and the opportunities it provides for collaborative working, as the industry and regulators re-think their approach to water. Water scarcity will affect all of us and British Water members are very keen to play their part alongside the water utilities, the regulators

In celebration of Grundfos’ 75th anniversary, the Poul Due Jensen Foundation (Grundfos Foundation) has expanded its budget for donations from planned 125m DKK to 200m DKK.

The GEMÜ globe valves 507, 550 and 554 with stainless steel valve bodies and PTFE seals from the valve specialist GEMÜ have been awarded approval in accordance with USP Class VI.

EBARA CORPORATION has started the operation of ACCELIOT Inc.’s “STAR” System with their RFID technology.