How much power is actually consumed by a rainwater system and how can the power consumption be reduced? 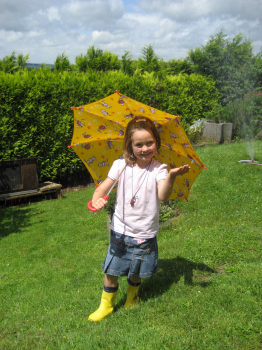 Nowadays, rainwater utilization is a factor taken for granted in the field of ecological building services. The majority of rainwater systems are installed in single family dwellings. Approximately 1.5 million rainwater systems are found in Germany alone (Source: fbr - Fachvereinigung Betriebs- und Regenwassernutzung e. V). This contributes to the conservation of about 82.5 million m³/ year of drinking water, which is an outstanding contribution to our environment.

A typical rainwater pump in a single family dwelling has an output power of between 700 and 1100 W. As per independent test reports, they consume around 1.6 kWh/m³ energy at an average flow rate of 55 m³/year. This translates to about 132 GWh of electricity being consumed by rainwater pumps every year in Germany. The European Ecodesign Directives 2005/32/EC for Energy Using Products (EuP) become important here. Even pumps used in rainwater systems are included in EuP (under points 8.6 "standby loss" as well as in 13:11 "Electric Motors"): As such, strict efficiency standards are stipulated for almost all pumps with a capacity between 0.75 to 375 kW, that may be used for such purposes in forthcoming years.

A few possibilities on how power consumption can be minimized (in kWh/m3 ) are illustrated in the following article.

The basic fundamental of pump dimensioning is to first determine the largest required water flow. To do this, the flow rate (QR) of each tap and fitting is calculated separately and then added together to calculate the total flow rate - according to DIN 1988, part 3: ∑QR = QR1 + QR2 + QR3 + ...

The ratio of the required maximum flow rate of the pump, (QSP) and the total flow rate (QR) of all extraction points, is called the simultaneity factor (f): f = QSP/∑QR

As the number of extraction points increases, the simultaneity factor accordingly becomes smaller. DIN 1988 part 3 has set out extremely small total volume flows with corresponding high simultaneities in its requirements for residential buildings.

As we see in the example below, by applying the standard, we calculate a maximum volume flow of 30 l/min:

Up until now, the pump that has mostly been used in rainwater systems is the typical centrifugal pump, with an input power of about 900 watts and a flow rate of 80 liters/min. But about 90% of the time, these units consume significantly more power than required. For example, the toilet, which is the main target of rainwater systems, requires a maximum of 8 l/min for filling. It therefore seems crazy to use a centrifugal pump with 900 W of power to pump 80 l/min into the toilet cistern. This overuses up to 90% of power every time a toilet is flushed and this is just one example of power wastage in the home. The fact is, that large flow rates are not required by any water outlet within a single family dwelling.

All outlets (e.g. toilets/washing machines) in the house are comfortably supplied by a simultaneity factor of only 0.2 and a flow rate of 10 l/min. Should several outlets be operated at the same time, for example a washing machine and a toilet, which is relatively rare, it will only lead to a slightly extended filling time of each. Even during toilet refill, a high pressure cleaner or a simple garden sprinkler can still be sufficiently supplied, with this flow rate. Using 8 l/min you can sprinkle up to 7 m wide with a 20 m garden hose which is sufficient for a small garden. Therefore, in these cases, the recommendations of DIN 1988, part 3, are out of date, and thus contribute to the wastage of energy, since actual experience shows us a significantly lesser flow rate is necessary.

As part of an independent survey, initiated by fbr on the power consumption of rainwater systems, random customers had their equipment fitted with electrical measuring devices. A wide range of factors including standby power, start-up behavior of various pumps, different power consumptions by different users, and connected appliances, were measured.

The results of the actual measured electrical consumption were:

As you can see by these results, you can comfortably save a significant 75 % of your energy by reducing the pumping power of single family dwelling rainwater systems from an average 80 l/min to a power saving 10 l/min (power consumption of 900 W is reduced to 90 W).

Standby power takes up a major part of current consumption. Even though this power seems very small, over time it eventually adds up to a considerable accumulated amount. Theoretically, this lost power is sufficient for a family’s entire rainwater pumping needs, when compared to an economical, optimally fitted, power saving pump. The model calculation, with typical standby power, is illustrated below:

The standby power is largely dependent on the controller that is used. Even the use of a separate water level indicator increases standby power consumption. The following table provides an overview of standby power usage of various rainwater pumps:

Fixed speed pumps operate at maximum power irrespective of the actual water flow requirement. This can be compared to a car driving at full speed, with the speed only able to be controlled by using the brake. Therefore, another important way to save system power is to regulate the speed of the pump.

It is difficult to save any electricity due to the poor efficiency of these pumps. It is assumed that due to higher standby power, the controller will not achieve any significant saving in normal use and if any, then it will be extremely small.

In another experiment, the total power consumption was recorded over a determined testing period and cycle, with a three-phase centrifugal pump, both with and without speed control. The results obtained appears quite different:

Power saving by use of an expansion tank

The power consumption of the rainwater unit (RMF-40) for a multiple family dwelling with 10 toilets, both with and without a 150 liter expansion tank, is considered in a theoretical calculation. The daily operating cycle of the pump can be significantly reduced to about 7 cycles by installation of an expansion tank. This means that the pump consumes less current by operating within a more economical range. By comparison, in the absence of an expansion tank, the pump starts up every time a toilet is flushed. The theoretical considerations yield a saving potential of up to 50%. This value shall be examined more closely in practice.

While many rainwater systems have been installed with the intention to save precious drinking water, there also exists an increased potential to save electricity along with rainwater harvesting. Currently the most widely used multi-phase centrifugal pumps require approx. 1.6 kWh/m³. Our own research has shown that about 75 % saving can be comfortably achieved, in the sector of single family dwellings, by reducing pumping power. This leads to a lowered consumption of 0.4 kWh/m³ of extracted rainwater. Standby power is also taken into account. As deduced from the examined products, standby power contributes around 0.16 kWh/m³ consumption. Speed control reduces the consumption by about 40% in larger pumps. It should be noted that only controlled, three-phase pumps actually save energy. In addition to this, speed control increases the durability of pump parts and significantly reduces the noise load. Another way to reduce consumption is by the use of expansion tanks. Today, it is calculated that more than 50% (66 GWh) of the 132 GWh consumed in Germany each year by household rainwater pumps, can be saved.

Many of the above mentioned measures are prescribed for new products in the European Ecodesign directive for Energy Using Products (EuP).