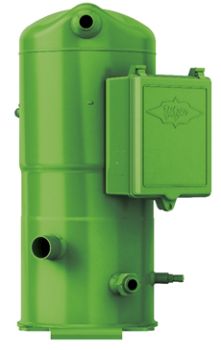 Bitzer Orbit scroll compressors operate at peak efficiency despite demanding conditions, helping to reduce system footprints thanks to their compact size and unique compound solutions. So far, users have been able to choose from two families: Orbit 6 and Orbit 8. For increased market requirements, such as the F-gas Regulation and Biodesign Directive, Bitzer has developed the new Orbit Fit(Flexible Injection Technology) series with economiser technology, which is going to be exhibited for the very first time at Mostra Convegno 2018.

Orbit Fit features an economizer function, which increases system efficiency and capacity in both heat pump and air-conditioning applications. These scroll compressors follow the principle of interchangeability, as their connection sizes and overall dimensions stay the same compared to Bitzer’s standard Orbit versions when only the economiser connection is added to the compressor. It features an enlarged operation diagram, which is mostly beneficial in heat pump systems. The Bitzer Advanced Header Technology System (BAHT) enables system manufacturers to fulfil the requirements of the Pressure Equipment Directive (PED). This oil management solution simplifies design work and reduces operating costs.

Orbit scroll compressors were developed especially for air-conditioning and heat pump applications. They are easy to install, offer high energy efficiency when fully or partially loaded and have the lowest noise emissions in their capacity class. What is more, the energy consumption is extremely low, especially at low condensing temperatures where the ORBIT Boreal series can be applied. All Bitzer Orbit models are designed to work with R410A as well as the most recently introduced low-GWP

refrigerants, such as R454B and R452B, which belong to the A2L category. Similar to the ORBIT 6 and 8 series that have already been introduced, the new Orbit Fit is able to operate with a frequency inverter at 35 to 75 Hz while performing with a low sound level and industry-leading low oil carry-over rate. All Orbit series are interchangeable, thus allowing systems designers and manufacturers to simplify development work by using existing frameworks, footprints, piping layouts and manufacturing processes, which results in reduced complexity and operating cost as well as a quicker time to market for new systems. 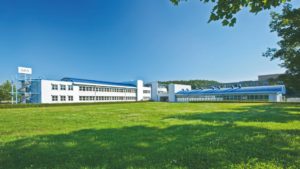