The Beaufort – Jasper Water and Sewer Authority (BJWSA), is a nonprofit authority established by the State of South Carolina to provide drinking water and treat wastewater in Beaufort and Jasper counties of South Carolina. 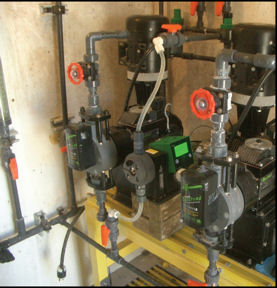 Beaufort and Jasper counties are located in the southeastern corner of South Carolina and include the communities of Hilton Head, Beaufort and Bluffton. Currently BJWSA has two modern water plants and multiple well sites capable of producing up to 39 MGD of drinking water and six wastewater facilities capable of treating up to 16 MGD. BJWSA is a leader in water reuse and is capable of reclaiming up to 5 MGD of water for irrigation, including Beaufort-Jasper Water and Sewer Authority; South Carolina South Carolina’s first residential irrigation service.

BJWSA operates a lagoon style wastewater treatment plant (WWTP) at Point South, SC. The .35 MGD plant was upgraded in 2009 to collect and treat wastewater from the small community of Point South, situated immediately off Interstate 95, as well as a new planned community designed for 2500 homes. Due to the recession of 2009 the planned community was put on hold and to date, no homes have been built. As a result, monthly flow to the new plant averages only 50,000 gallons per day, with night time flows falling to as little as 12 gpm.

The Point South WWTP plant discharges effluent by pumping to a spray field. BJWSA’s goal is to maintain a 1.5 ppm chlorine residual in the final effluent. During the upgrade of the plant, the contractor installed two ½ HP motor-driven mechanical diaphragm pumps, equipped with an auto-degassing liquid end to dose 12.5 percent sodium hypochlorite. The mechanical diaphragm pumps, equipped with an internal variable frequency drive (VFD) and stroke length adjustment, were sized for up to 26.7 gph at 150 psi. The amount of 12.5 percent hypochlorite required to treat the effluent ranged from a high of 2.5 gph on summer weekends and major rain events to a low of .1 gph during the winter months.

The original pumps worked satisfactorily at higher chemical flow rates but repeatedly vapor locked at lower flows. To manage the problem of off-gassing and the resultant vapor lock, plant personnel were maintaining higher rates of chemical injection than required, and constantly bleeding off the vapors from the pump head during their morning inspection. The degassing device on the pumps failed to evacuate the gas from the pump head. Eventually plant personnel were forced to cut the sodium hypochlorite concentration from 12.5 percent to 6 percent in order to increase the reliability of the chemical metering pumps. This manual dilution operation had to be done by the plant operator about every 7 days, resulting in increased operational and chemical costs for BJWSA.

The existing system piping was very well done. All accessories, to include a back pressure and pressure relief valve, as well as pulsation dampeners and gages were installed and correctly placed. There was a vent on the suction line and the suction piping had a gentle upward slope.

BJWSA was already familiar with the Grundfos DME dosing pump and digital dosing technology. Their engineering group had recently specified two DMEs on an ammonia hydroxide application at a water distribution pump station to “try” the technology and the Purrysburg WTP had purchased a DME to replace an aging hydraulic pump that was feeding fluoride. BJWSA understood the advantages of digital dosing technology.

When asked about a Beta test opportunity with Grundfos’ new SMART Digital dosing pump, BJWSA mentioned the Point South WWT plant and the problems they were having with vapor lock. Their interest was to go back to using full strength 12.5 percent hypochlorite and avoid the process of diluting the chemical to accommodate the existing pumps. In this application, the Beta pump (SMART Digital DDA) would be required to follow a 4-20 mA signal from an open channel flow meter installed in the chlorine contact chamber. It was agreed that this was the right opportunity to test the new pump’s ability to handle off gassing liquids while operating at low flows.

With significant support from BJWSA , the Beta version of the SMART Digital DDA was installed. It was powered up and primed still using the dilute 6 percent hypochlorite. Everyone was pleased to see dozens of hypochlorite bubbles the size of a dime move up the clear plastic tubing through the pump head and out the discharge, an assurance that the pump was performing as desired.

The SMART Digital controls were set to Auto deaeration, Flow Control, and AutoFlowAdapt. These “intelligent features” allow the pump to automatically adjust the speed to remove air bubbles while matching the capacity set point, even if there are pressure fluctuations in the line. The 4-20mA input was scaled to match the minimum and maximum flow desired.

BJWSA watched the pump closely for a little over a week and noted that it performed perfectly without experiencing a single incidence of vapor lock. The decision was then made to try the SMART Digital DDA on the full strength 12.5 percent solution. After the switch to the full strength chemical, the pump continued to perform without a problem. In the weeks following, coastal South Carolina experienced a very hot summer with temperatures often exceeding 100° F and not often below the 90°F range. Throughout the hot summer, the fall and winter, the SMART Digital DDA never experienced a vapor lock problem.

Beyond the substantial increase in reliability and the ability to meter full strength sodium hypochlorite, BJWSA noted two additional benefits. First, their chemical usage dropped from an average of 11 gpd with the 6 percent concentration and down to 2 gpd with the 12.5 percent concentration. This has been acknowledged as a cost savings to BJWSA. Secondly, the SMART Digital DDA installation is connected to a Universal Power Supply which displays the electrical load. The pump consumes only 1 percent of the UPC load.

The original pumps were not reconnected to determine the load, but the plant operator noted that during a power failure the UPC would last only 15 minutes with the motor-driven pumps and now lasts 45 minutes with the SMART Digital DDA. By reducing chemical use and power consumption through the use of the SMART digital, BJWSA is also reducing their foot print and environmental impact.

BJWSA reports they are extremely pleased with the performance of the Beta version of the Smart Digital. 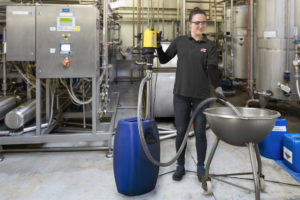 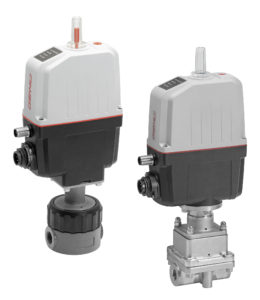 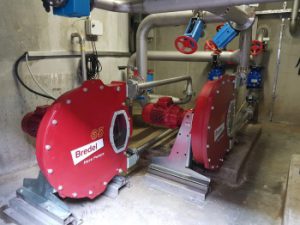 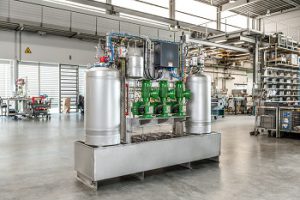