The Board of Directors of ABB Ltd announced that Fred Kindle has been appointed as the group’s new chief executive from next January. Kindle, the current chief executive of Swiss-based technology concern Sulzer AG, will join ABB on September 1, 2004 and assume the roles of president and CEO in January 2005. 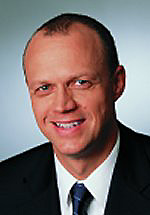 As of January 2005, the current CEO Jürgen Dormann will revert to a single role as chairman of ABB Ltd.

“The board of directors is very pleased that Fred Kindle has agreed to take on this challenging and exciting task,” said Dormann. “I and my fellow board members are convinced that he will provide the right leadership and we look forward to working with him.” His appointment follows a thorough and careful search and evaluation over the past year for the next CEO, and after assessing a number of external and internal candidates, ABB said.

Kindle said: “I look forward to my new task at ABB. The know-how and commitment of the people at ABB, the reputation of the ABB brand and the strong global market position of the company provide an excellent foundation for an exciting and successful future.”

As CEO of Sulzer AG, Kindle led the company through a period of fundamental strategic realignment. He will remain with the company until mid-2004.

Kindle, 44, has been with Sulzer AG since 1992. In 1999 he became responsible for Sulzer Industries, before being appointed CEO of Sulzer AG two years later. He was elected to the board of directors in 2003. Prior to joining the company he spent four years as a consultant with McKinsey in New York and Zurich, and also worked with technology company Hilti AG. He has dual Swiss/Liechtenstein citizenship.

ABB is a leader in power and automation technologies that enable utility and industry customers to improve performance while lowering environmental impact. The ABB Group of companies operates in around 100 countries and employs about 115,000 people.