Wilo Operates From Now on as a European Stock Corporation 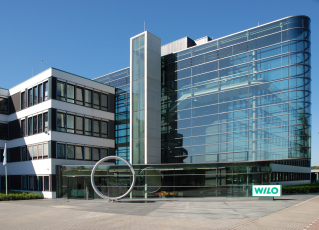 Against the background of increasing international activities, this change of legal form from a German towards a European stock corporation (Societas Europaea = SE) is a logical step for the family business which was founded in 1872. Today it is one of the world s leading manufacturers of pumps and pump systems for heating, cooling, air-conditioning, water supply and sewage disposal. The Group is represented in more than 70 countries and employs around 6,000 people worldwide. In 2007, Wilo had a turnover of 927.3 million Euros.

Oliver Hermes, member of Wilo’s Executive Board for Finance, Controlling and Human Resources, sums up the background, goals and opportunities of the change of legal form as follows: "The change of legal form from a German stock corporation into a European company – which has been possible since 2004 – emphasises the philosophy of WILO AG as a European company operating worldwide and is in line with the harmonisation of European law. The SE helps not only to gain further international prestige and strengthen the European and international brand, but it also fosters the formation of an open and international corporate culture. The uniform legal form of an SE breaks down barriers and hindrances that exist, in particular, because of differing legal systems. At the same time, it gives us the opportunity to strengthen Wilo’s largely Europe-based value chain still further. The stronger position will also benefit our customers in many ways in the medium to long term.“

Adoption of the new legal form makes Wilo a pioneer in its industry. Well-known large companies in other industries who have already taken this step include Allianz, BASF, Fresenius, Porsche and Strabag. 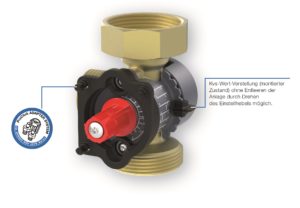 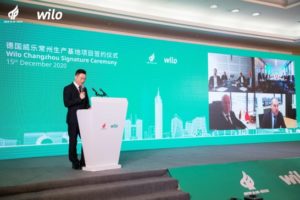