Wilo: Oliver Hermes Confirmed as Chairman of the Executive Board

For the next six years, Wilo will continue to place its trust in the competence of the present Chairman of its Executive Board, Oliver Hermes (41). 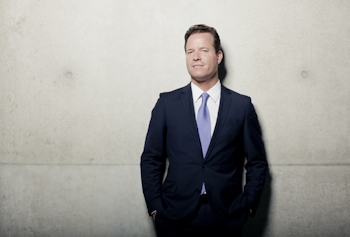 Well before his present contract is due to expire, Oliver Hermes has been appointed Chairman of the Executive Board for a further six years (Image: Wilo SE)

The Supervisory Board of this Dortmund pump manufacturing specialist has prolonged the appointment of Mr. Hermes as Chairman of the Company’s Executive Board until 31st August 2018. In taking this decision, well ahead of the expiration date of Mr. Hermes’s present contract, the Supervisory Board has ensured continuity at the management helm of Wilo and at the same time paid tribute to the successful service that this graduate economist has already rendered to the Company. A former partner of the renowned auditing and consulting company, KPMG, Oliver Hermes joined Wilo six years ago as member of the Executive Board responsible for Finance, Management Accounting and Human Resources. In his subsequent position as Chairman of the Executive Board, Oliver Hermes has decisively contributed to a continual strengthening of the Wilo Group’s international focus.

It was under this 41-year-old’s directorship that the Wilo Group’s sales, in 2010, first crossed the billion euro threshold. “I am delighted at the trust the Company has placed in me,” says Oliver Hermes. “For the future, too, our strategic objective will be the same as before: Profitable Growth. With its modern strategic focus, its long-term policy of innovation and its far-sighted investment strategy, the Wilo Group is excellently equipped to remain on course even in economically challenging times.”