Leonardo Vannotti, member of the board of directors since 1993 and its chairman since 2001, will retire at the annual shareholders’ meeting in April 2007. The present Sulzer CEO, Ulf Berg, will ...

... be proposed for election to the board at the same time. If elected, he will be nominated as chairman of the board. Ton Büchner, currently president of the division Sulzer Pumps, has been appointed as the new Sulzer CEO. He will also assume his new position in April 2007. His successor as president of Sulzer Pumps will be Kim Jackson, who is presently head of the Asian area in the same division.

This change at the helm of Sulzer has been prepared over a long period of time and is the result of a carefully designed succession plan. It is completely based on the selection of internal managers. Leonardo Vannotti (67) shall be succeeded by Ulf Berg (56), who will stand for election to the board at the next general assembly in April 2007.

Ton Büchner, Dutch citizen (41), will become CEO of the Sulzer Corporation in April 2007. In the past twelve years, he has held various functions within Sulzer. He joined the company at the corporate function Planning and Acquisitions; 1996 he moved to Sulzer International China, to Sulzer Turbo and later to Sulzer Turbomachinery Services, a division which he led with distinction. From 2003 onwards, he was given responsibility for the largest division, Sulzer Pumps, which he restructured, significantly increasing both sales and profitability. With his track record and experience, Ton Büchner is well-prepared for this new task: he is familiar with all markets and technologies of Sulzer and has collected international experience, in particular in Asia. His extraordinary skills in managing a fast-growing entity, in turning around a company, and acquiring and integrating companies have been repeatedly demonstrated.

His successor will be Kim Jackson, British citizen (44). Since 2004, Kim Jackson is head of the Asian and South Pacific business area of Sulzer Pumps, responsible for manufacturing, sales, and service. Previously, he was managing director at Hayward Tyler, an internationally active pump manufacturer. He has extensive experience in the pump business and knows Sulzer’s products and markets very well.

“The new top management stands for continuity. I am convinced that the considerable progress Sulzer has made over the last few years will continue in the future” states chairman Leonardo Vannotti. 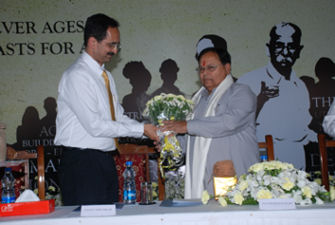 HI Announces 2011 Board of Directors and Officers

The Hydraulic Institute (HI), the largest association of pump manufacturers and suppliers to the pump industry in North America, and the global authority on pumps and pumping systems, announced its 2011 Board of Directors and Officers during its 94th Annual Meeting recently held in Scottsdale, Arizona.

BZ Engineering Briefings has announced that profiles of 55 of the world’s leading pump manufacturers are now available for purchase online. 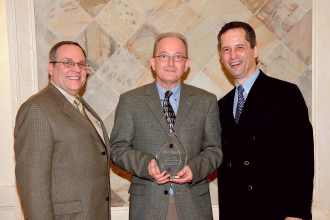