Loranger's election completes the corporate succession plan announced in February. Giuliano will remain on the ITT Industries Board until December 31, after which, in addition to Loranger, there will be eight other Board members.

Loranger, 52, was named President and Chief Executive Officer and elected to the Board of Directors of ITT Industries in June of this year. Immediately prior to that, he was Chief Operating Officer of Textron, Inc., having joined that company in 2002 after a 23-year career at Honeywell.

Today's Board action concludes Giuliano's successful 16-year career with ITT Industries and its predecessor company ITT Corporation. He joined the company in 1988 in the Defense Electronics & Services business, and was named its president in 1993. He was named President and Chief Operating Officer of ITT Industries in 1998, and became Chairman and Chief Executive Officer in 2001.

"Lou's focus on creating value and customer service, his leadership, sound business judgment and personal integrity have left an indelible imprint on ITT Industries, and have certainly left us in a stronger position from which to continue growing the company," Loranger said. "During Lou's tenure, the company established an industry-leading track record of total shareholder return and organic growth. Most impressive among his accomplishments was the implementation of Value-Based Six Sigma, a process improvement initiative now incorporated in our worldwide operations. Lou's relentless pursuit of excellence proved contagious, a lasting inspiration for thousands of ITT employees worldwide, and is most evident in the company's strong financial and operational performance. While we will all miss the regular contact with Lou, everyone at ITT Industries extends to him and his family our very best wishes."

Loranger is a Phi Beta Kappa graduate of the University of Colorado, where he earned Bachelors and Masters degrees in science. Loranger served as an officer and pilot in the United States Navy from 1975 to 1981. He is a member of the Business Roundtable and serves on the boards of the National Air and Space Museum and the Congressional Medal of Honor Foundation. 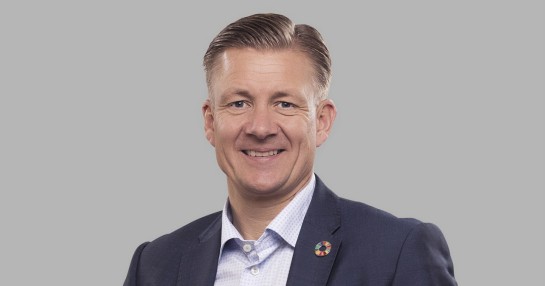