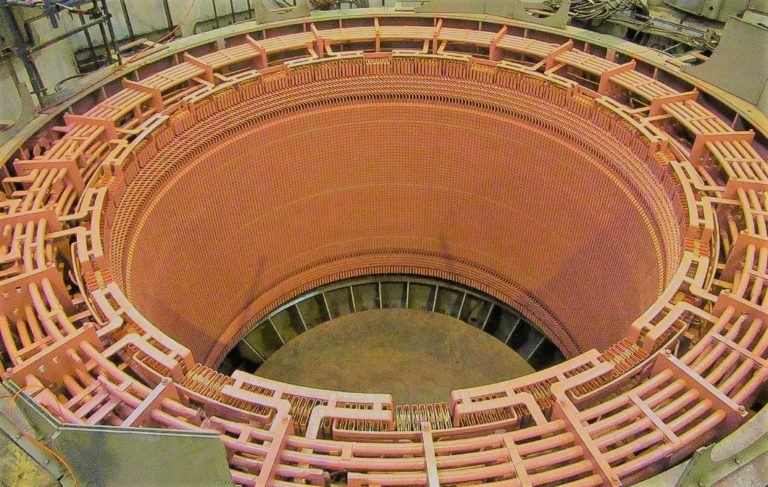 Operating temperatures and vibrations of the machines in the Drakensberg power plant were reduced and its lifetime thereby significantly extended. (Image source: Voith GmbH & Co. KGaA)

A special feature was that all works were carried out during normal plant operation of customer ESKOM. Also special was the technical concept for the modernization, which improved the performance of the machines enormously thanks to selected measures. Now the generators in the power plant, which has been in operation since 1981, are designed for another 40 years of operation.

"We were able to reduce the operating temperatures and vibrations of the machines, so that their lifetime has been significantly increased," says Anton Harris, Managing Director at Voith Hydro in South Africa. This success was mainly based on the international cooperation between the local team in Johannesburg and the engineering department at the headquarters in Germany. During the pandemic, the project schedule was temporarily challenged. "We reacted quickly and accessed the experts at the headquarters in Heidenheim, who would originally have been on site, via remote support, " Harris continues.

About the hydropower plant Drakensberg
The pumped storage power plant Drakensberg, has a total installed capacity of 1,000 MW and therefore is the second largest of its kind in South Africa. The most unique feature of Drakensberg is that the power plant is built completely underground. Only shafts and transmission lines can be seen on the surface whereas the four reversible pump turbines are placed approximately 52 floors below ground.

About the importance of pumped storage
Pumped storage power plants considerably contribute to grid stabilization. They react quickly to fluctuations by generating required energy or storing a surplus. This flexibility of the multipurpose plant is highly important for grid stability and subsequently the quality of energy supply in a country.

Voith has been active in pumped storage technology for many years. The company has made vital contributions in this field, developed many innovations and continuously works on optimizing them. Voith invests in research and development in this area, because so far, pumped storage technology is the only long-term, technically proven and cost-effective form of storing energy on a large scale and making it available at short notice.