Net loss for the fourth quarter was $385 million, which included non-cash, pre-tax charges (“other items”, see Other Corporate Items for additional detail) of $537 million. Adjusted EBITDA (operating profit excluding depreciation, amortization, and other items) increased $26 million sequentially to $288 million, or 12.6 percent of sales.

“Our team executed well in a challenging market during 2019, successfully driving cost savings and efficiencies in working capital throughout our organization,” commented Clay Williams, Chairman, President, and CEO. “Thanks to their efforts we were able to significantly improve cash flow and strengthen our balance sheet, despite the financial charges that were necessary through the year.”

“The fourth quarter saw continued improvements in international and offshore markets, partially offset by another sequential decline in spending by our customers in North America. While this mix shift affects each of our segments differently, all three of our operating segments were able to deliver sequential improvements in adjusted EBITDA.”

“NOV remains focused on creating value for our shareholders by supporting our customers across all phases of oil and gas operations with products and services that enhance their returns, improve safety, and extend the life of equipment. Our technology, global footprint, portfolio of products and services, and large installed base make NOV a partner of choice across the global oilfield.”

Wellbore Technologies generated revenues of $764 million in the fourth quarter of 2019, a decrease of four percent from the third quarter of 2019 and a decrease of 14 percent from the fourth quarter of 2018. The decline in revenue resulted from lower drilling activity levels in North America that more than offset improving conditions in international and offshore markets. Cost savings initiatives and a better product mix improved margins. Operating loss, which included $410 million in other items, was $317 million. Adjusted EBITDA increased eight percent sequentially and decreased eight percent from the prior year to $143 million, or 18.7 percent of sales.

Completion & Production Solutions generated revenues of $799 million in the fourth quarter of 2019, an increase of 10 percent from the third quarter of 2019 and an increase of one percent from the fourth quarter of 2018. The third straight quarter of double-digit top-line improvement was driven by growing demand from offshore and international markets, partially offset by a rapidly contracting demand for completion equipment in U.S. land markets. Operating profit, which included $13 million in other items, was $57 million, or 7.1 percent of sales. Adjusted EBITDA increased 17 percent sequentially and decreased 14 percent from the prior year to $96 million, or 12.0 percent of sales.

New orders booked during the quarter were $502 million, representing a book-to-bill of 101 percent when compared to the $499 million of orders shipped from backlog. Backlog for capital equipment orders for Completion & Production Solutions at December 31, 2019 was $1.3 billion.

New orders booked during the quarter totaled $211 million, representing a book-to-bill of 59 percent when compared to the $360 million of orders shipped from backlog. At December 31, 2019, backlog for capital equipment orders for Rig Technologies was $3.0 billion.

NOV sold the first PowerBlade Hybrid system to a key drilling contractor on the Norwegian Continental Shelf. The hybrid solution consists of technology that enables the operator to reduce its carbon footprint during drilling operations by utilizing a special flywheel technology coupled to a battery system. This technology will aid customers in the pursuit of their goals to achieve zero emissions during drilling operations, reduce rig maintenance, and improve rig efficiency.

NOV deployed the first high pressure frac hoses in a pilot launch with leading North American completion service providers. By introducing flexibility into the rig-up of frac operations, reducing the number of potential leak points in the pressure line, and significantly extending operational life, NOV’s frac hoses have the potential to significantly reduce the total cost of ownership of flow connections for completion service companies.

NOV’s Vector rotary steerable technologies achieved a significant milestone when a customer deployed a VectorEXAKT tool to drill a precise vertical section in southern Africa, representing the first use of the Vector platform in Sub-Saharan Africa. Additionally, NOV successfully commissioned a customer workshop to support continued operation of Vector tools in the region.

NOV’s industry-leading M/D Totco eVolve™ Optimization Services saw rapid growth during the fourth quarter and completed a record high for wired drill pipe optimization jobs in the North Sea. These projects included IntelliServ™ wired drill pipe, BlackStream™ along-string measurements, wired NOV downhole drilling tools, and M/D Totco™ data acquisition systems. Commitment has already been received for additional projects in the North Sea to commence in the latter half of 2020. In addition, our global footprint for this service is expanding into the Middle East with similar pilot projects that are associated with the NOVOS™ automation platform.

NOV successfully delivered a package of Figure 2002, 20,000-psi high-pressure flowline equipment to an operator in northwestern China, where there has been a rapid increase in the amount of hydraulic fracturing activities. Demand in China for high-pressure flowline equipment is growing, and the Company has gained significant market share during the past year. Commitment by sales and manufacturing teams from several global locations has enabled NOV to meet and exceed customers’ expectations in terms of service excellence and equipment quality.

NOV secured an order for a monoethylene glycol (MEG) for use in an LNG development in Mozambique. In 2019, NOV received a total of six MEG projects, with two awarded as front-end engineering design (FEED) and four as delivery projects.

NOV delivered the first order for actuated chokes out of its recently-opened factory in Dammam, Saudi Arabia. Approved by Saudi Aramco, the factory serves the Middle East market with the same consistency and quality as NOV’s other choke manufacturing facilities while providing regional customers with the added benefit of being able to work with a facility that operates locally.

NOV launched its Fuego series of Tektonic™ drill bits in Colombia. The Fuego series drill bits was designed for the markets of Latin America, which contain some of the most challenging and diverse drilling applications in the world. Regional NOV engineers, familiar with the specific challenges presented by the local geology, worked with customers to design and manufacture these customized drill bits. The Fuego bit series focuses on improving directional control with new patent-pending components that use computerized heat transfer analyses to increase polycrystalline diamond compact (PDC) durability through optimized PDC cooling. Fuego uses industry-leading technology to deliver customers a premium level of performance that can increase margins. 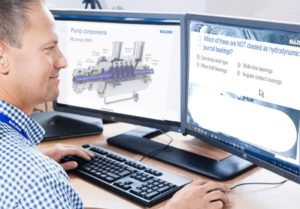 Join the company’s free online training sessions to learn more about the operation and maintenance of these important assets. 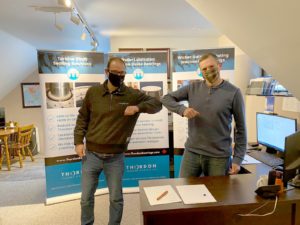 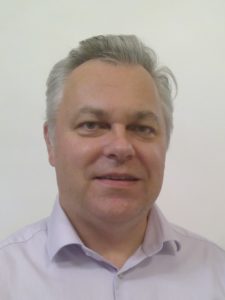