Despite the lower price of oil, McIlvaine is still reporting more than 30 new projects per week in its Oil, Gas, Shale and Refining Markets and Projects.

The low oil prices are discouraging exploration, but they are not slowing the plans already in place to develop known reserves. Many of the projects require multibillion dollar investments. The expected return on investment is already based on fluctuating oil prices over the twenty year projected plant life.

Saudi Aramco has just predicted that projects totaling $1 trillion would be delayed or canceled. Saudi Aramco itself has put on hold its deep water oil and gas exploration and drilling activities in the Red Sea and suspended plans to build a $2 billion clean fuels plant at its largest oil refinery in Ras Tanura.

Countering this perspective, Saudi Arabia s King Salman said that the kingdom would continue oil and gas exploration despite the fall in crude prices and vowed to build a strong, diversified economy.

The oil price drop will have an impact, but activity will continue at levels higher than that experienced in previous slumps. Many shale projects will be at least marginally profitable when oil is at $60/barrel.

Some deep water projects (the Gulf of Mexico and West Africa) will be the highest-cost source of supply and will, therefore, be most sensitive to the fluctuating price.

The cost of capital for projects has decreased along with oil prices. This has the effect of lowering the break-even point for projects.

The level of new project activity is reduced from its highs over the last several years but continues at a level above average for the last two decades. 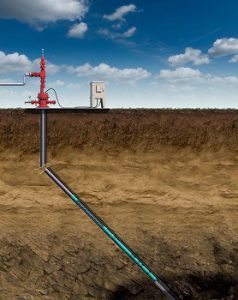