Meixner Named CEO of the Power and Gas Division

Effective as of March 15, 2015, Willi Meixner (50) will be appointed as the CEO of the Power and Gas Division as the successor to Roland Fischer (52), who left Siemens at his own request. 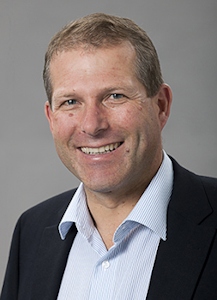 Up to now, Meixner served as the CEO of the Distributed Generation and Compressors business unit and thus was responsible for service business for compressors, steam turbines and small gas turbines used primarily in the oil and gas industry. He has worked for more than 20 years in various positions in the power generation industry and is holding a degree in mechanical engineering as well as an MBA degree from the European School of Management and Technologies in Berlin.

"With his strong focus on our customers and his experience in leading and in the industry, Willi Meixner is certainly the right person to lead the Power and Gas Division through the challenging market of today and to strengthen our competitiveness for tomorrow", stated Lisa Davis, member of the managing board of Siemens AG.

The products and solutions from the Power and Gas Division range from gas and steam turbines and generators of all sizes up to turn-key power plants. The division is also home to the business for compressors and aeroderivative gas turbines acquired from Rolls-Royce on December 1, 2014. In the past fiscal year (up to September 30, 2014) the Power and Gas Division achieved revenues on a pro-forma basis of EUR 12.7 billion and profits of EUR 2.2 billion. New orders received amounted to EUR 14 billion.