Kuwait’s Ministry of Public Works is building the largest reverse osmosis - based sewage treatment plant (STP) in the world, in the Sulaybiyya area.

The Government has planned a major scheme to utilize the water produced from this plant for the irrigation of landscape areas along highways, main roads, and public gardens.

The Sulaybiyya STP project is a so-called BOT – build operate transfer – contract, where private investors put the treatment facilities in place and run them, and the government contracts to buy all water production for a period of 30 years after which the ownership of the plant goes back to the Government.

Thanks to this scheme, PAAF, the Public Authority for Agriculture and Fisheries will be able to expand its landscape areas and broaden its selection of plant species. It will deliver irrigation water to the landscape plants in the public gardens and along the highways that will enable them to withstand the devastating heat of the Kuwait summer, with temperatures of 55 deg. C. The scheme for the irrigation of highways and roads is to be completed in phases, the first of which (phase A) was completed seven years ago using water produced from traditional sewage treatment plants. Phase A has been running for several years with Lowara vertical multistage pumps and now two new phases of the scheme (B1 and B2) are under execution.

B1 and B2, to be completed at the end of 2004, will serve a large part of Kuwait city. For the ring roads and highways, every phase of the scheme consists of a main reservoir where water is delivered from the treatment plant. Transfer pumps then deliver water to smaller reservoirs along the highways approximately every 15 or 20km. In each of these reservoirs, two sets of Lowara pumps transfer water to the irrigation system.

These projects are by far the largest application in Kuwait for vertical multistage pumps from Lowara. The volumes and distances involved require pumps that are easy to maintain and offer high capacity and efficiency. Lowara pumps have been performing satisfactorily for the last seven years in Phase A and were easily accepted for phase B.

However, new manufacturing techniques open new possibilities. For some of the larger applications, the Ministry chose horizontal end suction pumps from the SHF range instead of the vertical multistage pumps. These pumps were chosen due to their high performance efficiency (resulting from the use of laser cutting and laser welding techniques recently adopted by Lowara) in addition to their high quality (316L stainless steel components for all parts in contact with water) and the ease of maintenance operations with standard tools.

Says Salim Murtada, Director of Greenfields Electromechanical Company, Lowara’s representative in Kuwait: “Thanks to major investments in laser welding and cutting machines, Lowara has been able to produce this range of pumps with much greater precision resulting in increases of efficiency up to 80%.” The work continues as B3 and C phases are now in the planning stage. 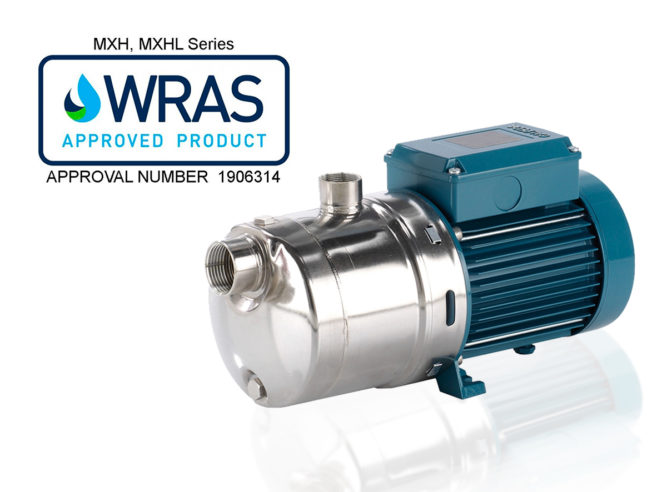 With the MXV and MXV-B vertical multi-stage pumps approved, as part of the 5 year renewal process for MXH models Calpeda has added larger pumps and the MXHL series to the approval list.

In September 2006, the KSB Group booked an order for six submersible borehole pumps. These will be installed in several standby oil tanks in Japan. 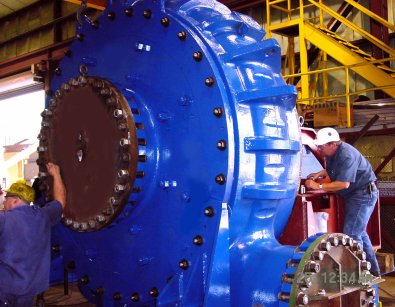 In mid-August, the KSB Group supplied the largest slurry pump ever built worldwide to a copper mine in Mongolia. The Erdenet copper mine is situated in the province of Bulgan, around 400 km away from Ulaanbaatar.

In July of this year, KSB Aktiengesellschaft Frankenthal (Germany) will supply twenty-three pumps for a drilling platform in the “De Ruyter” oil field. Canada’s biggest oil producer is having the 12,500 t platform built in the Netherlands and is planning to moor it to the seabed at a depth of 35 metres some 60 km to the north-west of The Hague in the summer of 2006. 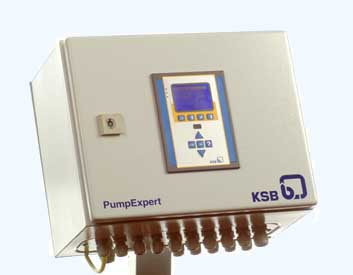 The Frankenthal pumps and valves manufacturer KSB focused on automation technology at this year’s Nuremberg trade fair. A major highlight was the “PumpExpert” diagnostic system.