In the existing chemical installation in a Wacker Chemie plant, the safety-related design of the relevant pump systems had to be thoroughly renovated. The requirements were extremely strict: Operating temperatures are normally around +170 °C, and can rise to a maximum of +200 °C. 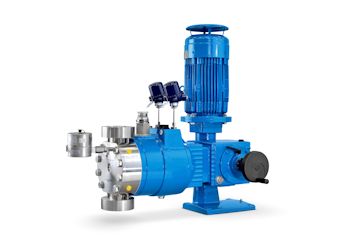 One of the basic requirements for the redesign was that diaphragm pumps themselves had to remain absolutely hermetically tight, even at high working temperatures of +170 °C during normal operations and brief peaks as high as +200 °C. As a result, the Lewa team developed an individual solution to meet the specific customer requirements. "As an additional security measure, the pressure-free hydraulic reservoir behind the diaphragm is blanketed with nitrogen as a protective gas", explains Lewa project lead Rainer Sonnenfroh.

All parts of the pump head in contact with fluid are made of corrosion-resistant austenite 1.4571 or with the high alloy nickel material Hastelloy, which even under these conditions is characterized by its outstanding resistance to oxidizing and reducing fluids. Three heat exchangers are also installed upstream of the pumps. This is necessary due to the process, but unusual in that the temperature is normally regulated downstream of the pump.

Special adaptations were also made to the hydraulic oil, since normal hydraulic oil can only be used at temperatures from –20 to +100 °C. Under cooler conditions, it undergoes an ageing process that leads to premature flocculation. "After thorough consideration, we decided on the kinds of high-tech oil used in aircraft as well, which are exposed to icy temperatures at great altitude and a short time later land in tropical heat," explains Sonnenfroh. For improved safety, the pump system is also equipped with redundant temperature monitoring in the hydraulic system and a heat-resistant diaphragm damper to eliminate any pressure pulsations that occur.

Due to the tough requirements, a year and a half of advance work was required to combine the right materials and achieve the results desired. First, the status quo was analyzed in detail and all options that could be of any importance were played through point by point to design the step-by-step behavior of the system.

The pump manufacturer also followed an identical-part strategy, so that despite the different chemical properties, the same pump heads and drives can be used for all three process stages. For all the pumps, only two different designs were used, both using identical components. That reduces maintenance effort, ensuring that the system needs only be down for an hour during repair work. The entire system was also designed in such a way that only wear parts need to be replaced from time to time, since – especially in Europe – systems can only be cost-effective if they are in operation for at least 8,000 hours per year. And the geometry is also designed to ensure that the pumps, for example, can be expanded by adding a second drive. That s important in modern chemistry, since inventory in stock is often no longer used, meaning production capacity has to be adjusted to varying demands.

Picture: Since the temperature during the process can climb to 250 °C or higher, three heat exchangers were provided upstream of the pumps. For the material, the team decided on the special Hastelloy material, which is characterized by its outstanding resistance even under these conditions (Image: Lewa) 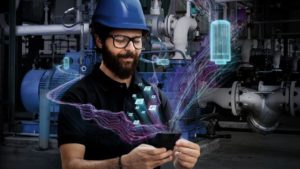 Siemens is presenting Sitrans SCM IQ, a new Industrial Internet of Things (IIoT) solution for Smart Condition Monitoring, at the Hannover Messe 2021. It enables potential incidents to be detected and prevented at an early stage, thus reducing maintenance costs and downtimes, and increasing plant performance by up to ten percent. 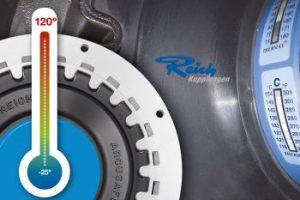