Innovation and growth – these are fields in which Turkey, the host country of IFAT Eurasia 2019, is making its mark. Date and location of the trade fair’s third edition have now been determined: Eurasia’s leading trade fair for environmental technologies will take place March 28 through 30, 2019, once again at the Istanbul Expo Centre (IFM). 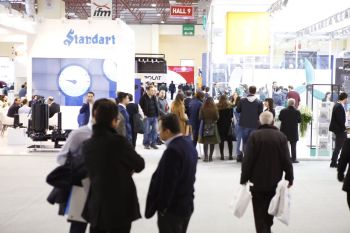 In addition to water and sewage technologies, the trade fair will highlight modern waste and recycling solutions. The latter are particularly in demand right now.

In Turkey, waste is still almost completely disposed of in landfills. But the number of unregulated landfills remains higher than the number of sanitary landfills. That is the finding of a current adelphi country study on the topic of “Waste management in Turkey.” In order to establish a sustainable recycling economy in the country, the Turkish ministry for the environment has initiated the Zero Waste Project. The initiative calls for the infrastructure of a nationwide recycling system to be established in public and private institutions. In addition, the project aims to raise public awareness for environmental issues, particularly recycling. Specifically, it provides for training measures at businesses, modification of the system to fit the respective establishments, and assessment of its implementation. The pilot phase at the ministry for the environment began in June 2017. Starting in April 2018, the project will be expanded to another 230 state institutions in the capital of Ankara. Turkey wants to have the recycling system established nationwide by 2023.

The action plan for recycling 2014-2017 also highlights the great potential in Turkey to further develop its recycling economy. According to the authors of the adelphi study, the Turkish ministry for science, industry and technology has therefore set progressive recycling targets to be reached by 2020: After a recycling rate of 48 percent was established for 2015, the goal will be gradually increased to 60 percent by 2020. That rate includes all types of waste, except wood. An increase of 5 (2015) to 15 (2020) percent is proposed in that category (wood). According to Germany Trade & Invest (GTAI), the number of recycling operations in Turkey increased by more than 50 percent between 2015 and 2017. The current annual market volume is estimated at approx. €5 billion. But the country will have to invest €60 billion in order to meet EU standards for recycling rates, among other things.

Innovative recycling technologies and services are thus in demand. At IFAT Eurasia 2019 in Istanbul, Turkish and international companies will be able to learn about opportunities for technology transfer and collaboration and to present their products and services to an expert audience. The topics of the trade fair range from waste management and recycling, Waste to Energy, to water and sewage technologies, through to municipal vehicles.

In the coming months, a Turkish geothermal plant will be installing Vesconite’s high-temperature bearing material known as Hitemp 160. Specially designed for pump bearings, this new material may be used in the high temperature range of 160 – 200ºC depending on the chemicals in the solution. 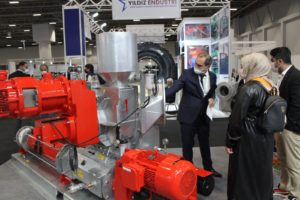 IFAT Eurasia 2021: Environmental Issues High on the Agenda Despite COVID-19

On October 23, the new edition of IFAT Eurasia—held at the Istanbul Expo Center (IFM) in Turkey ended. Due to the COVID-19 pandemic the exhibitor field of 106 companies was much more compact than in 2019 (215). 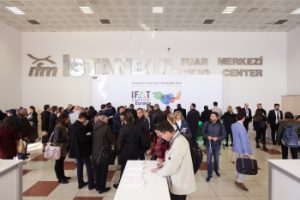 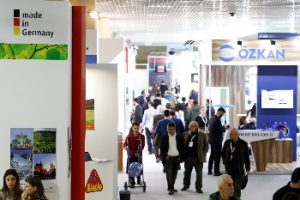 The countdown’s on: only two months left until IFAT Eurasia 2019—Eurasia’s leading environmental technology trade show—will open its doors in Turkey from March 28 to 30. Visitors can now register online for the event to meet market leaders such as Dikkaya, Putzmeister, Standart Pompa, Tomra or Wilo at Istanbul Expo Center (IFM).