Lewis Kling, President and CEO of Flowserve Corp. was the recipient of the 2006 Marco Polo Award in Beijing, which is considered the highest honor given by the Chinese government to a foreign business leader. Flowserve is a world leader in fluid motion and control products and services to the power, oil and gas, chemical processing and water sectors as well as other industries.

Presented annually by China's State Administration of Foreign Experts Affairs, the China Association for International Exchange of Personnel, and the U.S.-China Foundation for International Exchanges, the award recognizes foreign business leaders who play a significant role in China's economic development and who demonstrate a commitment to improving Chinese society by sponsoring volunteer experts for humanitarian assignments.

The award was presented by Deputy Director General of the State Administration of Foreign Experts Affairs Zhang Jianguo at a banquet today in Beijing attended by Chinese government leaders and representatives of the international business community.

The award recognizes Flowserve's business relationship and operations in China, which date back many years. In addition to its history in the region, Flowserve has offices in Shanghai, Beijing, Shenzhen and Dalian, and just this week announced the dedication of a new state-of-the-art pump, valve and seal manufacturing facility in Suzhou.

"It is truly an honor to be recognized for Flowserve's contribution to the economic prosperity and development of China, particularly at a time when we are deepening our commitment," Kling said. "We are extremely pleased with the business environment in China and believe it is critical for our long-term success as a global company. Additionally, we believe strongly in supporting the local regions where we do business, and the exchange of American volunteer experts is one way we are helping support the increased growth in the region."

Flowserve's products are designed to withstand extreme temperatures, caustic chemicals, intense pressures and other demanding conditions in some of the most remote and developing geographies. These products and services combined with over 200 years of experience, enable Flowserve to support critical infrastructure projects - ranging from oil and gas pipelines to chemical processing - that are essential to delivering regional growth.

"The most significant contributions we make to local development are in the form of the products and solutions we provide to enable our customers to address major oil and gas, energy, chemical, and water management challenges, Kling said. "In China, we understand these challenges are of paramount importance to overall national development, and so we see great opportunity for us to make a positive impact now and in the future."

Mr. Jianguo said, "This special award established by both China and the United States, was created to demonstrate appreciation to the 'friends and ambassadors to China,' who like Marco Polo have made excellent contributions in communication and exchanges between the East and the West. The award is granted to distinguished enterprises, organizations and leaders, like Mr. Lewis Kling, who have shown their enthusiastic support for professional and friendly exchanges between China and the United States. Mr. Kling has shown outstanding commitment and has led Flowserve Corporation in achieving a prominent position and success since his appointment as CEO."

Kling was named to his current position with Flowserve in 2005 and has more than 35 years of experience leading manufacturing operations and holding key management positions with large global businesses. Prior to joining Flowserve in 2004 as chief operating officer, Kling was employed by SPX Corp. for seven years, most recently serving as a group president, corporate vice president and officer. Before that, he served as president of Dielectric Communications for General Signal, which was acquired by SPX in 1998. Prior to joining General Signal, Kling worked for two years with AlliedSignal Aerospace, where he served as senior vice president and general manager of Commercial Avionics Systems and chairman of the board of American Russian Integrated Avionics JV. Before that, he worked for Harris Corp. for four years, where he served as vice president and general manager of its Electronic Systems Division. Kling began his career in the Apollo Support Dept. (later, Simulation and Control Systems) at General Electric Co. where he served for 24 years in a number of management positions, including programs, international marketing, engineering and manufacturing operations, simulation programs, and design engineering.

Kling holds a bachelor's degree in electrical engineering from Rensselaer Polytechnic Institute and an MBA from Stetson University.

Flowserve Appoints Carlyn R. Taylor to its Board of Directors

Flowserve Corporation announced that its board of directors has elected Carlyn Taylor as an independent director and a member of the Audit Committee and the Corporate Governance & Nominating Committee of the board. 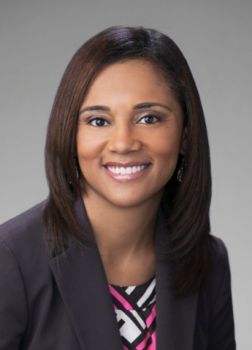 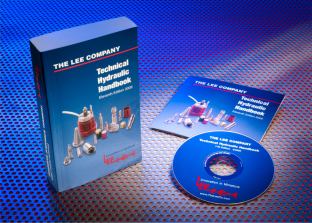 Edition 11 of the Lee Technical Hydraulic Handbook, is now available from miniature components specialists Lee Products and provides engineers with a valuable reference for its wide range of fluid control products including many new products. 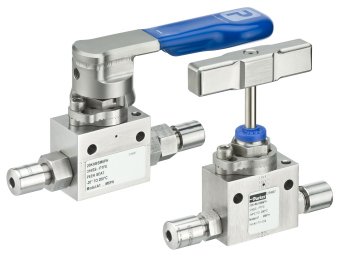 Flowserve reported significantly stronger financial results for 2006. The Company’s announcement highlights record annual sales of $3.1 billion, record annual income from continuing operations of $114 million, a determination of no material weaknesses in internal controls at December 31, 2006 and a positive outlook for 2007.