In many process plants, a shut-off valve in a safety loop is the preferred device enabling operators to shut down process lines in the event of an emergency, a function regarded as ESD (Emergency Shutdown).

Shut-off valves are usually activated by a solenoid valve and are also equipped with limit switches for position feedback. Not surprisingly in "normal" production situations, shut-off valves remain unused, typically fixed in one position for many months or even many years. Special test procedures have been developed and are used in most production environments which offer an effective and practical method for testing shut-off valves to ensure they work when needed. For example, partial stroke testing is a common practice, allowing valves to be partially stroked for testing purposes, without causing major interruption or down-time to the production process.

As part of their ongoing development of a wide range of control valves, positioners and accessories, SAMSON CONTROLS offers a range of Electro pneumatic Positioners. These include their Type 3730-3 model which has been enhanced and incorporates an ESD function to enable partial stroke tests to be carried out, without disrupting the process line. The positioner can be mounted on the valve in addition to the solenoid valve, or to replace it and enables the valve to be moved precisely to follow the set point within the valve’s working range. The partial stroke test is completely integrated into the positioner to detect a sticking valve, caused for example, by corrosion. Test schedules are flexible and can be prolonged if necessary to suit specific application requirements, while test validation can be performed simply by using the corresponding instrumentation and initiating it over a commonly available SIS logic solver.

The purpose built facility at Redhill maintains a high level of stock in complete and component form. Valves are built to order, tested and despatched for delivery both nationally and internationally. In addition to a very wide range of valves ranging from ANSI 125 to 2500, DIN PN 16 to PN 400, Samson also manufactures an extensive compliment of actuators, positioners and instrumentation. All products are manufactured to recognised standards with quality approvals to ISO 9001.

Further details and product literature is available from: 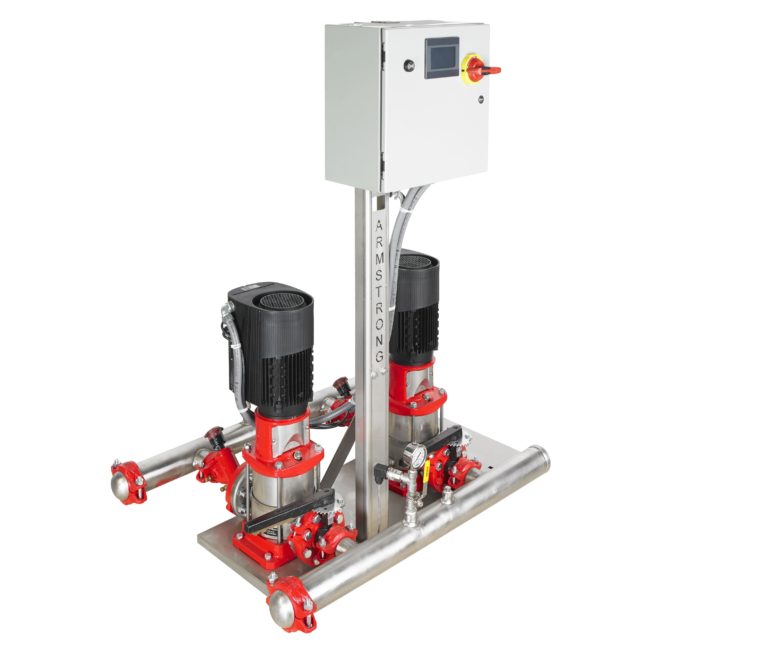 The Frankenthal-based KSB SE & Co. KGaA has developed a new function for its circulator pumps of the Calio and Calio S type series.