Rapid growth in the market for air and water monitoring in China will result in supplier revenues exceeding $5 billion by 2019. This is the latest forecast in Air and Water Monitoring: World Market published by the McIlvaine Company. 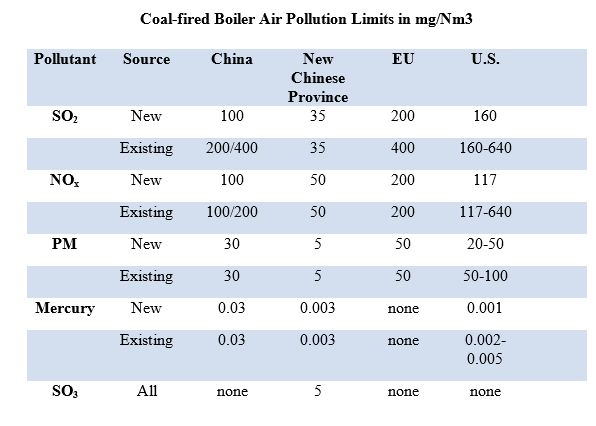 Construction of new Chinese facilities which will potentially harm air and water is greater than the aggregates in any other region of the world. The existing air and water quality is poor. Smog is a major health problem. The per capita rain fall in China is only 25 percent of the U.S.

The Chinese government has recognized the serious nature of the problem and is moving fast to correct it. Requirements for monitoring have moved from lenient to stringent.

China is starting to mirror Los Angeles in its regulatory framework. Guangzhou and Shanxi have passed rules which are tougher than the national regulations in the EU and U.S.

The new mercury regulations are as tough as those in the U.S. This ultra low emission program sets limits for SO3. By contrast, no other country has SO3 limits. The particulate matter limits are also the lowest. The U.S. offers the option of using PM as a surrogate for toxic metals. Plants who want to avoid measuring the individual metals can opt for a particulate limit close to the 5 mg/Nm3. The very low NOx and SO2 limits are closer to the Los Angeles requirements than any of the more lenient national regulations.

Suppliers of air and water monitoring systems will face the same complexity in China which they face in the U.S. They will need to understand the city and province requirements as well as the national requirements.