Change in Endress+Hauser’s Supervisory Board 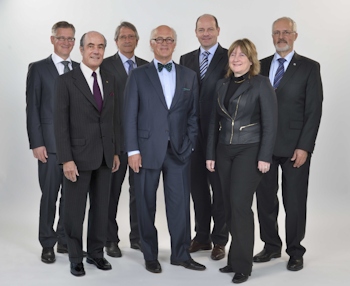 Georg Bretthauer has been a member of the Supervisory Board since its constitution in 2002. “We wish to thank Mr Bretthauer for the valuable contributions he has made during his long service. He has always brought us new and important input, particularly in the field of technology,” said Klaus Endress, President of the Supervisory Board. Georg Bretthauer (68), who holds a PhD in engineering, headed the Applied IT and Automation Engineering faculty at the Karlsruhe Institute for Technology, Germany.

The Annual General Meeting of Endress+Hauser AG elected Hans Jakob Roth as successor on 4 May 2015. The 64-year-old holds a PhD in economic history and can look back on a long career in the Swiss foreign service, which took him to Shanghai and Hong Kong as consul general. Hans Jakob Roth will reinforce the Endress+Hauser Supervisory Board early in 2016. “We look forward to this valuable addition,” stated Klaus Endress.

The independent Supervisory Board of the Endress+Hauser Group complements the work of the Executive Board, headed by the CEO, in a constructive and critical manner. It acts simultaneously as a supervisory and advisory body.