In the regular meetings of the Voith Shareholders Committee and the Voith Supervisory Board on June 10 resp. June 11, 2014, Prof. Dr.-Ing. Dr.-Ing. E.h. Hans-Peter Keitel (*1947), former President of the Federation of German Industries e. V. (BDI), has been elected as Chairman of both panels. 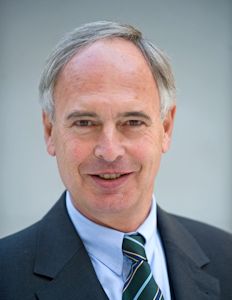 Prof. Dr. Keitel s election followed the recommendation of the current Chairman Dr. Manfred Bischoff (*1942), who will be retiring from his offices at Voith as planned upon reaching the statutory age limit at the end of the fiscal year after being Chairman of both panels for five years. The change at the top of both panels will take place on October 1, 2014.

Prof. Dr. Keitel is graduate construction engineer as well as ergonomist and economist. His professional career started at Lahmeyer International, Frankfurt/Germany, where Keitel held a number of senior positions. In 1988 he changed to Hochtief AG, Essen/Germany. Here, Keitel was initially a board member from 1990, and between 1992 and 2007 Chairman of the Board, as well as a board member of RWE AG from 1992 to 1999. In 2005 he was elected as President of the Main Association of the German Construction Industry. From 2009 to 2012 Keitel was President of the Federation of German Industries e.V. (BDI). As an established economic expert, Keitel also holds a number of honorary offices: he is, among others, honorary professor of Berlin Technical University as well as President of the Foundation Board of the Stiftung Wissenschaft und Politik (German Institute for International and Security Affairs).

Alongside Dr. Bischoff, the long-term committee member Dr.-Ing. E.h. Heinrich Weiss (*1942), Chairman of the Supervisory Board and majority shareholder of SMS group, Düsseldorf/Germany, will also retire from both panels at the same time, again due to reaching the statutory age limit. Dr. Ing. E. h. Heinrich Weiss has been a member of the Voith Supervisory Board since June 1978 and a member of the Voith Shareholders Committee since October 1983. Since October 26, 1998 he has also been Deputy Chairman of the Shareholders Committee.

After graduating as an engineer, Ton Büchner (*1965) worked in the international oil and gas industry, until he changed to Sulzer AG, one of the leading Swiss industrial groups, in 1994. After a number of successful career stations he was appointed as CEO of Sulzer AG in 2007. Since 2012 Ton Büchner has been CEO of the Dutch company AkzoNobel AG, one of the world s leading manufacturers of paints and coatings.

After graduating in physics and obtaining a doctorate in this discipline, Dr. Siegfried Dais (*1948) started his career at Robert Bosch GmbH in 1979, where after working in several positions he was elected as Executive Vice President in 1998 and as Deputy Chairman of the Board in 2004. In 2007 Dr. Dais was appointed as a partner of Robert Bosch Industrietreuhand KG. In 2012 he retired from the Board of Bosch. Dr. Dais continues to be a shareholder of Robert Bosch Industrietreuhand KG.

"We are delighted to have won with Ton Büchner and Dr. Dais two such qualified and respected personalities for Voith," said Dr. Manfred Bischoff. "Both of them have a wealth of experience and enormous know-how from their long-term activities with leading global industrial companies, which they will contribute to the work of the Shareholders Committee and the Supervisory Board.”