Carsten Bjerg Chosen As Leader of the Year in Denmark

Group President Carsten Bjerg has been chosen as Leader of the year 2012. In competition with four other prominent leaders, all Danes have been able to choose their favorite. 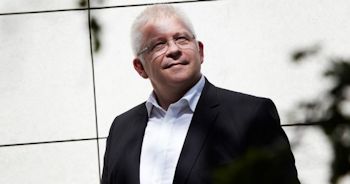 The title is the most prestigious leadership award in Denmark, and it is being awarded by the Danish interest group ‘Lederne’. This is the 11th time Leader of the year has been elected.

"It’s an honor. You only get an award like this, when you are spearheading a successful organization. I see it as a token of how well, Grundfos is performing. Grundfos’ results have been noticed, and the conclusion must have been that ‘this Carsten must be doing something right’", Carsten Bjerg proudly says.

Behind the nomination lie among other things Carsten Bjerg’s great efforts in developing new talents. Grundfos has a global talent management program, which is deeply integrated in the business’ needs and is to be part of securing growth in the future. This happens among other places at The Poul Due Jensen Academy, which since 2001 has offered competency development for the enterprise’s leaders and employees.

"I believe that what you do get noticed. It’s your results that should count. You cannot simply talk yourself into a good job and a good career. You have to perform. My advice to young, aspiring leaders is first and foremost to focus on solving their assignments, not spending time trying to position themselves. They will be noticed, if they tend to their jobs. There will always be a need for people capable of solving larger tasks than the ones, they are handling at a given moment", Carsten Bjerg says.

In the reason given for choosing Carsten Bjerg as leader of the year 2012, it was stressed that Grundfos in spite of recession has accomplished a rise in turnover and expanded its market shares, whilst increasing investments in research and development. That testifies to innovative leadership with a constant focus on bettering one’s market position.