International technology Group ANDRITZ has received an order from JSC Shardarinskaya HPP, a subsidiary of the state-owned Kazakh utility company Samruk Energy, to upgrade the electromechanical equipment at the Shardarinskaya hydropower plant, which was originally commissioned in 1967. 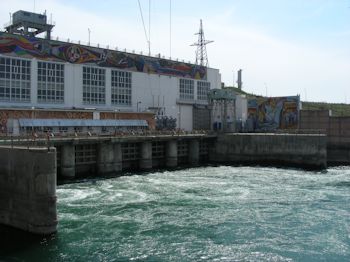 The order value is 75 million euros (the order entered into force in the fourth quarter of 2013). Completion of the upgrade is scheduled for the second half of 2017.

Andritz Hydro will refurbish four Kaplan turbines with a runner diameter of 5.3 meters. Their output will be increased by around 20% from the current 26 megawatts to 31.5 megawatts per machine unit. The order also includes the supply of generators and new control equipment, as well as modernization of the auxiliary systems of the hydropower plant, which is located on the Syr-Darya River in the southern part of Kazakhstan.