Voith has been awarded a contract by the Canadian utility Manitoba Hydro to equip the Keeyask Generating Station located in Northern Manitoba, on the lower Nelson River, in Canada. The scope of work for Voith Hydro includes the design, supply and installation of seven new hydroelectric vertical propeller turbine generator units. 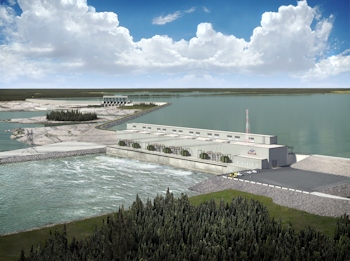 When completed, Keeyask will be the fourth largest generating station in the province of Manitoba, providing approximately 695 megawatts of capacity and producing an average of 4,400 gigawatt hours of renewable hydroelectricity each year. The first unit is scheduled to be in service in 2019.

“Voith is very proud to be a part of this exciting new hydropower development,” said Bill Malus, President and CEO for Voith Hydro Canada. “We are especially proud to be associated with a project that is being developed collaboratively between a utility and four First Nations to provide long-term energy supply to present and future generations.”

Canada is one of the largest producers of hydropower in the world: The installed capacity amounts to 73 GW and its share of the country’s total electricity supply is almost 65%. Canada’s hydropower potential – more than double the current capacity – can help meet electricity demands while reducing green-house gases and air pollutants.

Voith Hydro in Canada is well-prepared for providing solutions to the hydropower market and offers vast experience with deep know-how in new equipment, modernization and service from its various locations in Canada.