The top ten companies in the air and water monitoring market had 2012 revenues of $4.4 billion representing 21 percent of the $21 billion market. This ranking analysis has just been posted to the McIlvaine report, Air & Water Pollution Monitoring World Markets. 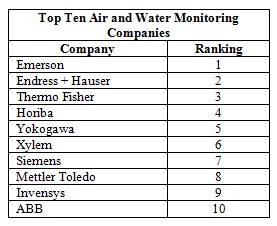 The market share for the top five companies is 17 percent and only 4 percent for the next five companies. There are many thousands of companies participating in this market with sales of less than $100 million. The total market includes those companies providing periodic sampling. They often consist of a handful of people with a modest investment in portable test equipment.

At the other end of the spectrum is Emerson which has complete automation systems for air and water monitoring and control. It is also a major supplier of combustion analyzers including oxygen and carbon monoxide. The forecasts include distributed control systems and PLCs used in the monitoring process. For this reason the top ten list includes not only Emerson but Yokogawa, Siemens, Invensys and ABB.

Endress + Hauser and Thermo Fisher have the widest assortment of instruments, but they are not at the top of the rankings because they do not supply extensive software.

The automotive test system portion for Horiba is included because it is centered on measuring the impurities in the gas discharged from engines. This is a substantial portion of Horiba sales and, thus, elevates the company to the top ten rankings.

Yokogawa is a $4 billion company. It is a world leader in the sales of DCS systems. It supplies both air and water instrumentation. Its software revenues were just increased by the acquisition of Soteica. The acquired company provides optimization systems for controlling greenhouse gases, NOx and other pollutants. 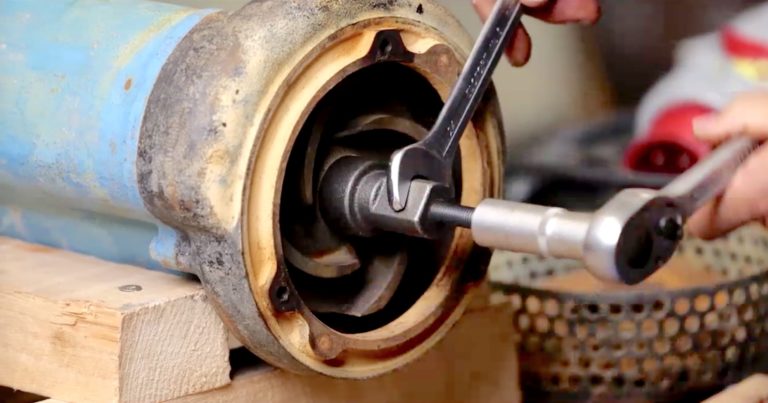 The manufacturer Tsurumi is testing a new service for pump operators: Live broadcasts on the internet that teach technical knowledge.